“Life without cheating is a myth,” Affan Waheed

While speaking to Samina Pirzada on her show, Affan spilled some truth beans of his life 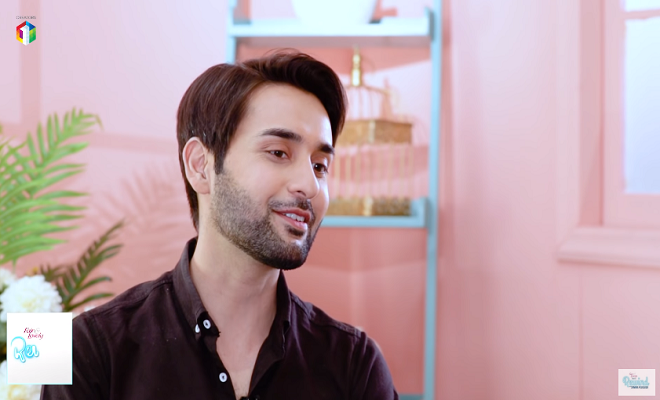 Affan Waheed now popularly known as Badar from Do Bol, recently attended ‘Rewind with Samina Pirzada’ and had a straight from the heart kind of talk.

Starting from his childhood which was spent in various cities due to his father’s Air Force job, to the close bond he shares with his siblings, Affan spoke of intimate details of his life. The actor while answering Samina’s question on cheating, laughingly said that some amount of cheating should be allowed in life.

“Life without cheating is a myth, it does not exist,” said Affan with a chuckle.

In the interview, Affan also mentioned his interest in cooking and how he used to cook along with his cousins in childhood.

“I am a pretty good cook and can cook almost everything,” he revealed.

It was during the heartwarming interview that Affan also opened up about his divorce and the battle with depression afterward. He said that it was because of his siblings that he was able to come out of that phase.

“I remember one day (after the divorce) I was going home and I felt happy like somebody had colored my black and white life. That’s when I felt I had moved on from my divorce, it was a bad one,” shared Beydardi actor.

However, it was the support of his family and father – whom he particularly mentioned for supporting him throughout life – that Affan was able to battle the depression. He emphasized on the importance of ‘talking it out’.

Affan who otherwise comes off as a very private person opened up to this extent for the first time. He said, “If it was any other show, I would not have talked about my fears and regrets and anything of the sort, I don’t know why I felt like pouring my heart out as I came here.”