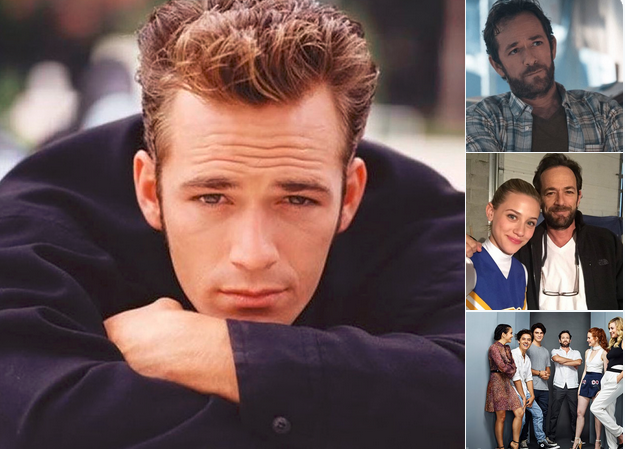 Luke Perry, the Riverdale star and actor best known for his role as Dylan McKay on Beverly Hills, 90210, has passed away at the age of 52.

The actor was hospitalized last week after suffering a stroke. His publicist confirmed the news, said Perry died surrounded by his family and friends.

The family appreciates the outpouring of support and prayers that have been extended to Luke from around the world, and respectfully request privacy in this time of great mourning. No further details will be released at this time.”

As being reported he was taken to hospital on Wednesday in Los Angeles, where he had been shooting scenes for Riverdale at the Warner Bros film lot.

The 52-year-old actor currently stars on The CW’s comic book adaptation Riverdale, which films in Vancouver.

rest in peace Luke Perry. so heartbreaking. thinking of you and your loved ones today. what an icon. you will be missed💔 #LukePerry pic.twitter.com/alNgQRHdxu

Perry was famous for starring in Beverly Hills 90210 from 1990 to 2000. He also starred in films including 8 Seconds and The Fifth Element.

Fans are mourning the death of their beloved star,  obituary messages are pouring in on social media:

Yet another star of my childhood
So very sad.
10 seasons of Beverley Hills 90210
Rest in Peace #LukePerry pic.twitter.com/uv0dyqmgF2

RIP my friend. Too soon. #LukePerry

This is so sad! I loved him on #90210 and a new generation was just getting to know him on #Riverdale. #RIPLukePerry https://t.co/peQiWTUIr3

Rest In Peace Luke Perry! You were a great father! #LukePerry #Riverdale pic.twitter.com/OYXiZQP2aL

💔 " I'm not worried about being a big star " – Luke Perry – you were a big star to me, your star will be dearly missed.. thank you for lighting up my youth. Your smile will be missed. #LukePerry pic.twitter.com/ApTV2ZPhov

RIP Luke Perry, 90210 and Buffy the Vampire Slayer (the movie) were massive parts of my childhood. You will be greatly missed #lukeperry pic.twitter.com/BjKc1y86pM

tweet
Share on FacebookShare on TwitterShare on PinterestShare on Reddit
Saman SiddiquiMarch 4, 2019
the authorSaman Siddiqui
Saman Siddiqui, A freelance journalist with a Master’s Degree in Mass Communication and MS in Peace and Conflict Studies. Associated with the media industry since 2006. Experience in various capacities including Program Host, Researcher, News Producer, Documentary Making, Voice Over, Content Writing Copy Editing, and Blogging, and currently associated with OyeYeah since 2018, working as an Editor.
All posts bySaman Siddiqui