So the current scenario is that the "Casting Based on Instagram Followers & Less on Talent". 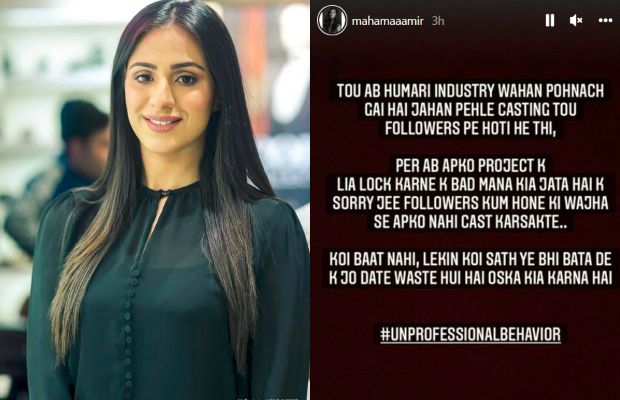 Maham Aamir calls out production houses for casting based on Instagram followers!

It was the other day when the Saaya actress took to her Instagram stories revealing how production houses are hiring cast for their projects.

So the current scenario is that the “Casting Based on Instagram Followers & Less on Talent”. 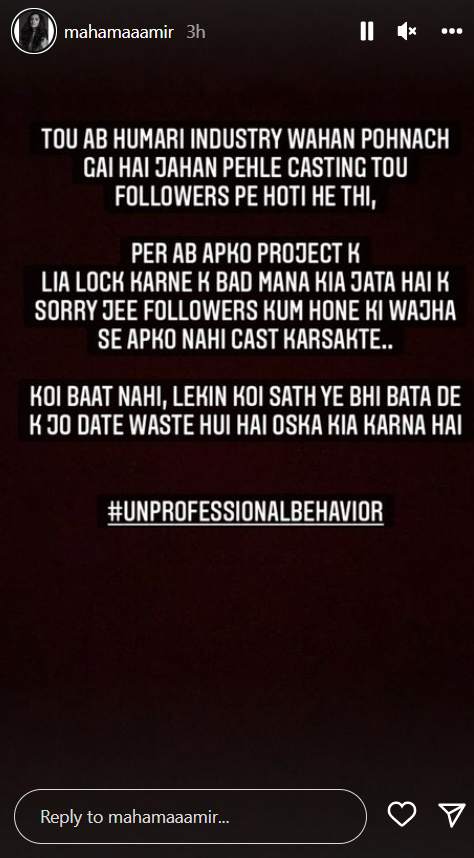 Well, she is not the only one who has made such a complaint.

Senior actress Fazila Qazi had raised her voice against award shows for inviting only certain people from the entertainment industry.

It seems like social media is now dominating the entertainment industry.

And we can get a hint from Maham’s comments that which stars have massive Insta followings, who are being roped in for main characters in dramas recently.

Do you agree with Maham’s statement?