According to BBC, the list includes “100 inspiring and influential women from around the world for 2020”. 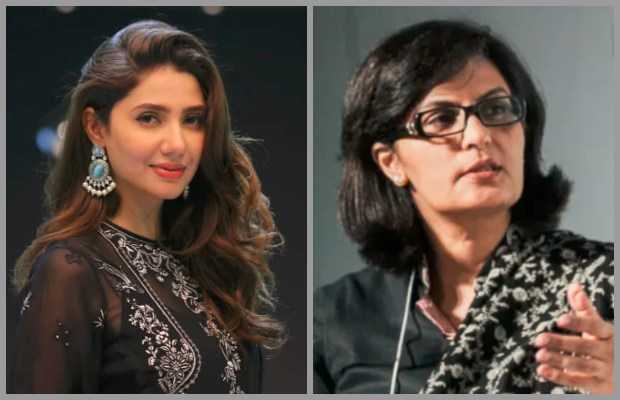 On Monday, the BBC revealed the list of 100 inspiring and influential women from around the world for 2020.

“This year 100 Women is highlighting those who are leading change and making a difference during these turbulent times,” said the publication.

“And in an extraordinary year – when countless women around the world have made sacrifices to help others – one name on the 100 Women list has been left blank as a tribute”, BBC added.

BBC about Mahira Khan said: “Mahira Khan is no ordinary actress – she is outspoken against sexual violence, refuses to endorse skin-lightening creams and supports the fight against racism. She wants to tackle social issues in her native Pakistan by changing the narrative in films and on TV.”

“Mahira is a national goodwill ambassador for the United Nations High Commissioner for Refugees, raising awareness of the plight of Afghan refugees in Pakistan. She’s been a firm favourite with audiences ever since starting out as an MTV video jockey (VJ) in 2006. Mahira is also a devoted mother to her 11-year-old son,” it added. 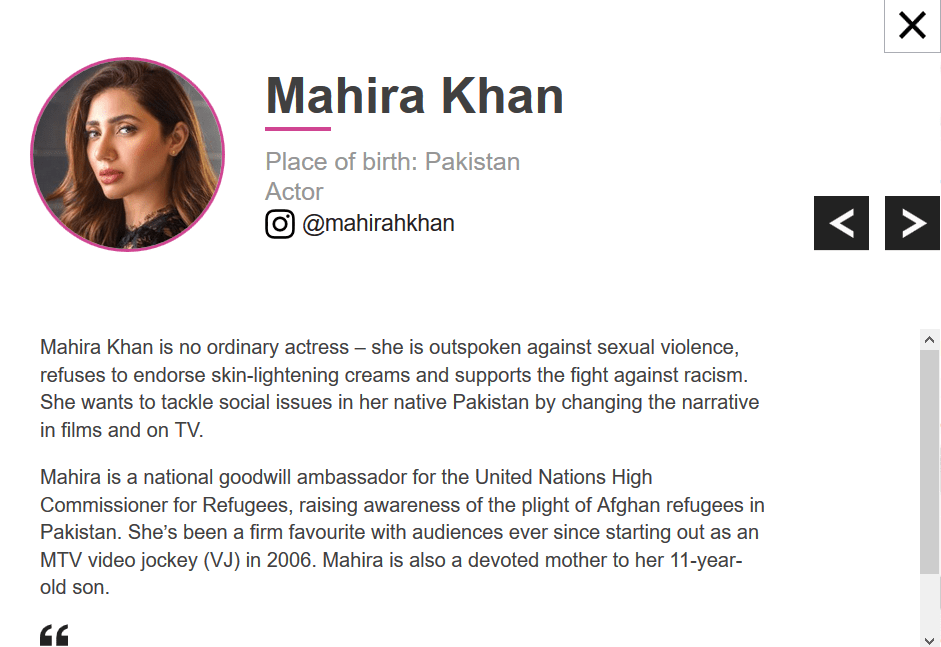 While introducing Dr. Nishtar to the world, BBC wrote: “Dr. Sania Nishtar is a leader in global health and sustainable development. Since 2018, she has been spearheading the transformative Ehsaas Poverty Alleviation programme, which has improved the livelihoods of millions of Pakistanis by providing mobile banking and savings accounts, and other basic resources.”

“As SAPM on Poverty Alleviation and Social Protection, Sania has helped to empower the masses by taking the necessary first steps toward the development of a welfare state in Pakistan.” 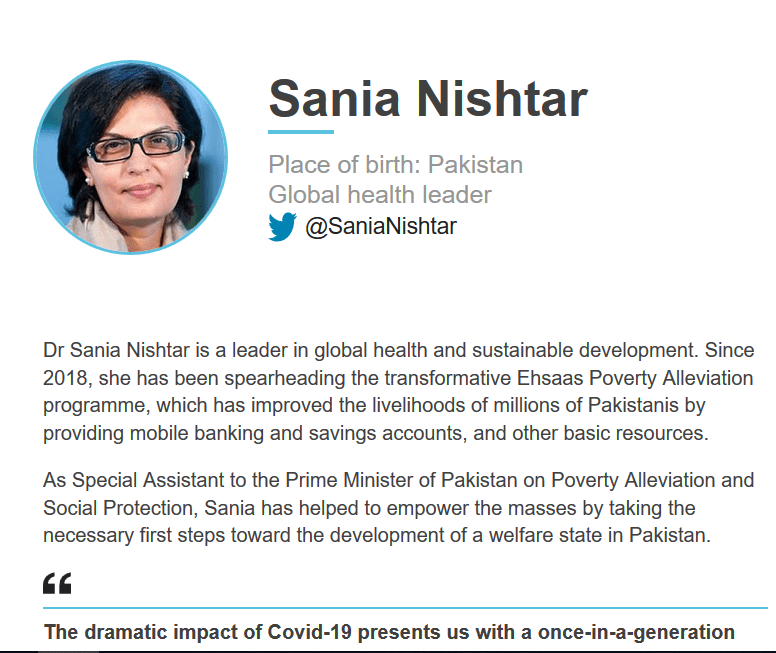 Sarah Gilbert, a British vaccinologist who heads the Oxford University research into a coronavirus vaccine is also on the list. 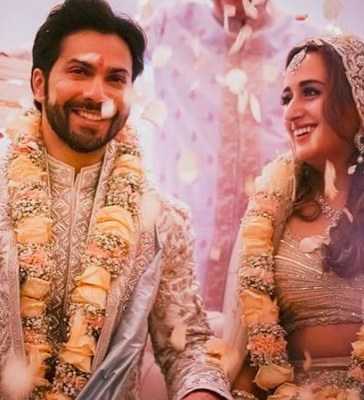