Sharing the video of the actor’s speech at the Oscars on Twitter, Mahira wrote, “I adore you #BradPitt” with a heart emoji. 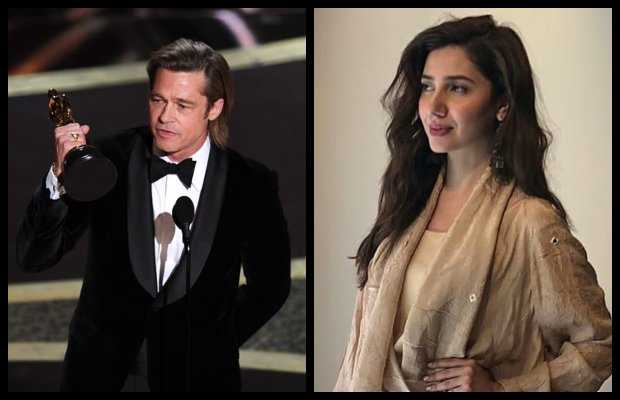 Our superstar Mahira Khan is enchanted by Hollywood actor Brad Pitt after his next level Oscar acceptance speech.

Sharing the video of the actor’s speech at the Oscars on Twitter, Mahira wrote, “I adore you #BradPitt” with a heart emoji.

“They told me I only have 45 seconds up here—which is 45 seconds more than the Senate gave John Bolton this week,’’  the Hollywood star said in his acceptance speech, taking a jibe at the US Senate.

Brad Pitt is the Oscars 2020 winner for Actor in a supporting role for his performance as Cliff Booth in Once Upon A Time In Hollywood which is his second Oscar win.