"I was bleeding near my waist," says Malaika 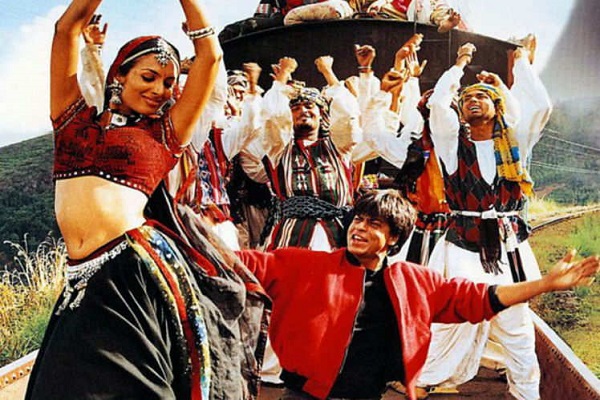 Malaika Arora’s a name that instantly reminds us of her bombastic item numbers like Chaiyaan Chaiyaan, Munni Badnam Hui, Anarkali Disco Chali and many others. Apart from being a style diva, Arora is a fabulous dancer and her tracks over the  years have been a proof.

Recently, Malaika Arora has filled in for BFF Kareena Kapoor Khan as a judge on the dance reality show Dance India Dance and it was there that she shared some of her memories of shooting her famous item number Chaiyaan Chaiyaan with Shahrukh Khan.

Malaika Arora revealed that it was a very tiring experience and she has literally given her sweat and blood to shoot that item number on the roof of a running train. Malaika shared that she was tied to a rope around her waist because she was swaying but when the rope was removed she was bleeding near her waist!

“I fell several times while shooting for the song. I used to sway right and left due to the wind and to avoid that, the team tied a rope through my ghaghra to my waist and then to the train so that it would help me balance my body and sync it with the moving train. Unfortunately, when I removed the rope, I had cuts near my waist and it started bleeding, leaving everyone worried and paranoid,” said Malaika.

tweet
Share on FacebookShare on TwitterShare on PinterestShare on Reddit
Rameeza NasimJuly 26, 2019
the authorRameeza Nasim
Rameeza Nasim, a Paralian, passionate about poetry, drama and fiction. By giving drama critiques I feel like I am endorsing the writer's message to the audiences, I love my job. Being a critic responsibility lies on my shoulders to point out the flaws and shortcomings of the play be it on writer's , performers or director's end . I did my Masters in English Literature and Linguistics .
All posts byRameeza Nasim