Malala keeps a photo of Benazir Bhutto in her dorm room 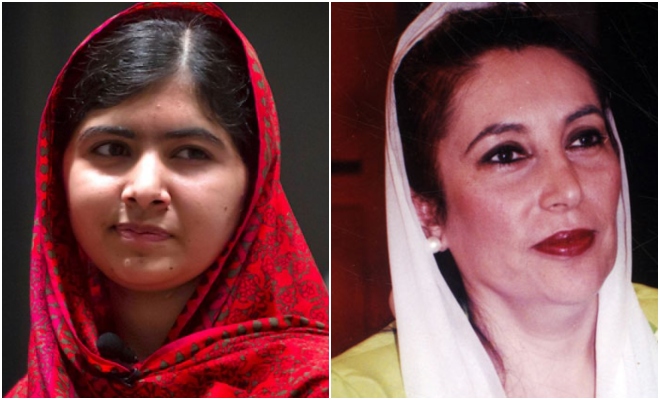 Remembering Benazir Bhutto on her 11th death anniversary, the youngest Nobel Prize winner, Malala Yousafzai let out her feelings about her dormitory room at the Oxford University and having a photo of the former Prime Minister Benazir Bhutto, in an interview with The BBC.

Last Monday, Nobel Laureate, Malala Yousafzai sat down for an interview with the British news agency and opened up about her time in a foreign university and her life in a nutshell.

The young achiever also turned out to be a big fan of British sitcoms like Mind Your Language and Black Adder and cricket as well. “When I say I love cricket, I’m really not that good you know”.

Starting her second year at the London varsity, Malala tells us how she tries her best to tidy up her dormitory room as much as possible, however, her mother is never quite satisfied with her attempts to do so.

When asked how easy it was for her to settle in to life in the foreign country after leaving Pakistan, she said: “It was difficult at the start but now I’ve made good friends at university.”