23-year-old Malala who was born in a Muslim family hailing from Mingora, don’t understand why people have to get married. 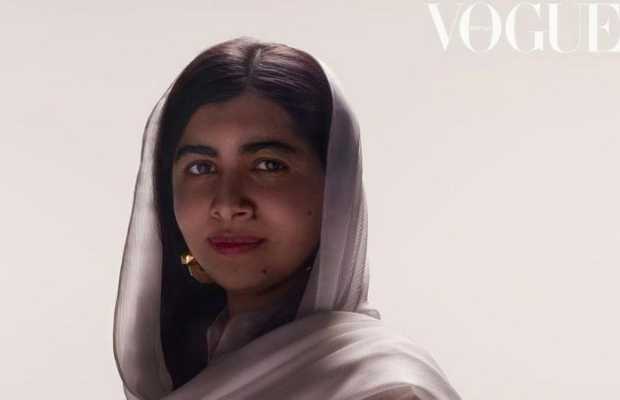 Malala’s non-belief in the institution of marriage sparks debate back at home!

The world’s youngest Nobel prize laureate and now an Oxford graduate made into headlines once again for featuring on the British Vogue.

However, her remarks related to marriage in the cover story interview have left many back at home disappointed leaving the internet in frenzy.

But the marriage-related comments have caught more attention back at home, where there is so second thought about living with a partner without wedlock. Not acceptable religiously or socially!

23-year-old Malala who was born in a Muslim family hailing from Mingora, the largest city in the Swat Valley, KP said, “You know, on social media, everyone’s sharing their relationship stories, and you get worried…If you can trust someone or not, [and] how can you be sure.”

Malala Yousifzai’s parents had an “arranged love marriage”, went on to say, “I still don’t understand why people have to get married. If you want to have a person in your life, why do you have to sign marriage papers, why can’t it just be a partnership?”

“My mum is like, ‘Don’t you dare say anything like that! You have to get married, marriage is beautiful,” said Malala.

The 2014 Peace Prize winner will feature in the July 2021 issue of British Vogue – which will be available on newsstands on 4 June.

Here is how social media reacts to her comments related to marriage:

At least being useless is better than being malala #Malala pic.twitter.com/fkOkkGzIZh

So according to #Malala you can live with someone "without getting married" just as PARTNER, wearing Dupatta and promoting western thoughts is a reason why Pakistanis don't support this HYPOCRISY anymore! pic.twitter.com/hSxEftxK4P

Among all the Halal relationships, Allah SWT only said about this marriage relationship between husband and wife as one of his signs. #Malala pic.twitter.com/7Bz3Z02jyB

THE Prophet (SAW) is reported to have said,“The Nikah is my Sunnah”,meaning that getting married & performing nikah is not just a legal formality,but also an important example of the Prophet.