Bollywood super star Shah Rukh Khan was left in splits while trying to prove his identity! 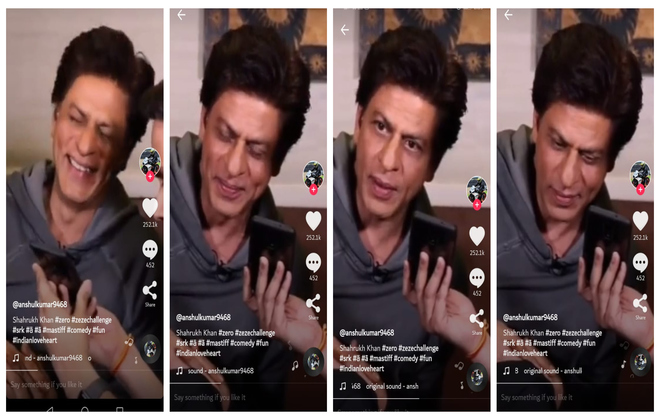 A video of Bollywood’s king of romance Shah Rukh Khan on social media app ‘Tik Tok’ has gone viral. The unknown user gets lucky enough to get a call from SRK, but interestingly  asks SRK to prove his identity.

The Tik Tok video shows a man having a conversation with Shah Rukh but can’t believe that he is actually talking to Bollywood superstar. The user named AnshulKumar9468 can be heard exclaiming in disbelief repeatedly as both Shahrukh and RJ Raunac are seen having a laugh and trying to convince the person on call that he is talking to actual Shah Rukh Khan.

That person on the call keep on saying how can you be Shah Rukh Khan, to which SRK replies ask me to say any dialogue from my film to believe.

The caller asks SRK to say dialogue from the film Chennai Express, which SRK delivers quickly. But again the person on call replies “you do sound like him but, how can you be Shah Rukh Khan”.

The whole conversation leaves the Bollywood super star in splits while trying to prove his identity.  Here watch the video:

Tik Tok is a social media app for creating and sharing videos as well as live broadcasting. It has taken the Internet by storm, even celebrities are  enjoying the flavour of this mobile application.