The activist was recently in talk with renowned host Shahzad Ghias 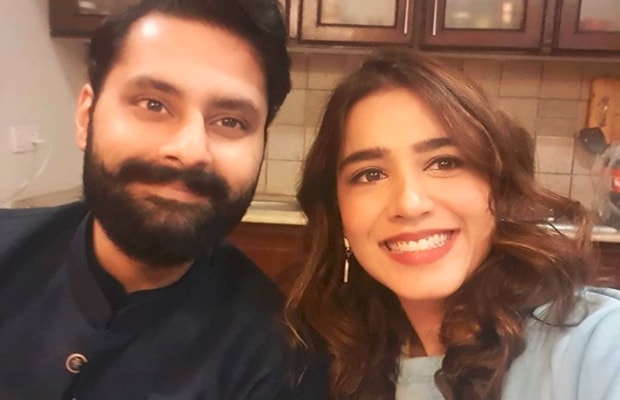 Mansha Pasha and Jibran Nasir recently got engaged and of course celebrating their newly found love at the moment. It is also natural that the two are constantly asked questions about each other and their relationship in all public interactions.

The same happened when Jibran recently attended a podcast session with renowned comedian and host Shahzad Ghias, and there were a plethora of questions he answered about his fiance Mansha.

When asked about the two’s courtship, the activist responded that it wasn’t fickle, and in fact, Mansha helped him find stability in distressed times. Jibran went on to add that the Laal Kabootar actress has made him a better person and inspired him towards good in life.

The activist was also asked the much talked about aspect of their relationship i.e. his political career impacting her showbiz career. Jibran responded that Mansha is an intelligent and mature woman and she can make better decisions for herself.

On the other end, Mansha too participated in a Q&A session on social media and spoke candidly of her fiance.

The actress spoke of her to be husband’s exceptional culinary skills as she revealed he makes amazing biryani and also shared that he’s quite cheeky when in the right mood.

While keeping tight lip over the marriage plans, Mansha openly admitted being very much in love with her fiance.