Tagline: The actress spoke of state and viewers not supporting their own artists 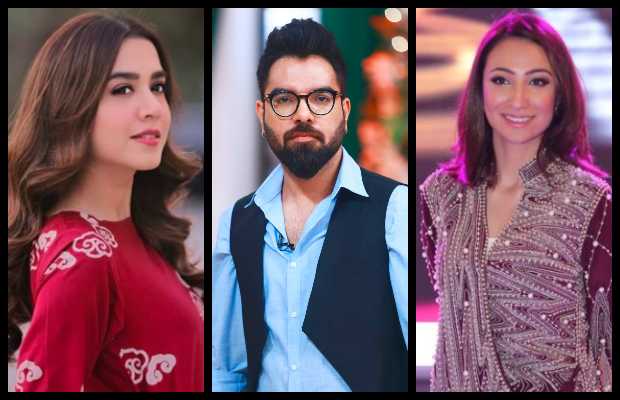 Zindagi Gulzar Hai actor Mansha Pasha recently defended Jhooti’s actor Yasir Hussain after he once again managed to become the center of backlash and criticism after sharing his comments over the super hit Turkish drama Diriliş: Ertuğrul on national TV.

The actress took it up on Twitter to support Yasir’s comments about Turkish dramas ruining the local media industry.

“Those lambasting Yasir Hussain and calling the work in Pakistan “sub-par” seem to have forgotten what it takes to make content here,” she wrote.

Moreover, Pasha mentioned how the entertainment industry here suffers from the lack of support from its state and the viewers.

“Don’t like the content here? Wonder why our content isn’t as great as others? Because they have state patronage and we don’t. And currently, we are giving state patronage to foreign projects. Go figure,” said Mansha.

She mentioned how self-sponsored projects like Sarmad Khoosat’s Zindagi Tamasha get banned as well. She further backed up her claim by attaching a list of all the grants that the Turkish Government provides to its local industry.

Like Sarmad Khoosat's film "Zindagi Tamasha."
Dont like the content here? Wonder why our content isnt as great as others?
Because they have state patronage and we dont.
And currently we are giving state patronage to foreign projects.
Go figure.

Many users came with counterclaims. A user tweeted, rather sarcastically about how watching typical mother in law and daughter in law soaps with abusive husbands and multiple marriages are very important, to which Pasha responded back with how she found the generalization very annoying.

Moreover, many users claimed how there wasn’t a cry for Turkish dramas before Ertuğrul. The actress pulled out 7-year-old articles when a famous Turkish drama Ishq-e-Mamnoon was aired.

The 32-year old actress also pointed out how not every Turkish drama is like Ertuğrul.

Khuda ko mano bhaee!
I just shared articles where industry protested ishq e mamnoon and other turkish plays 7 yrs ago.
Also there are many sources that speak on the historical accuracy or lack of in the drama. Pls keep the argument to drama only!
https://t.co/UzU7InLmNu https://t.co/zievmPWqxl

Mansha wasn’t the only one who defended Yasir on his stance over the matter at hand, Anoushay Ashraf also jumped in by telling people how they should be more respectful towards their own actors. 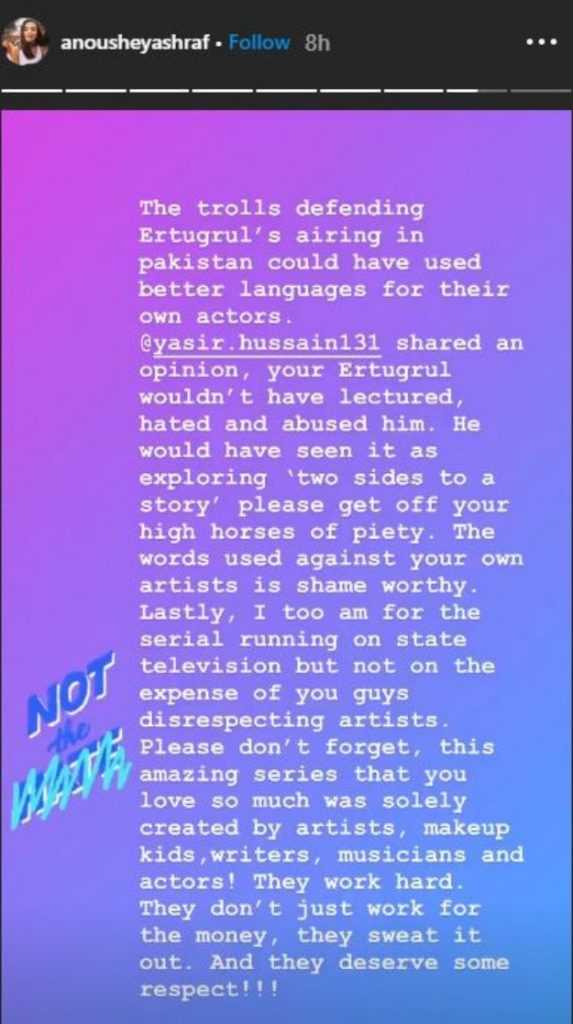