Mohabbat Tujhe Alvida, the drama series running on HUM TV is collecting all sorts of reviews.

After the much-discussed story of this drama, the styling of one of the leading actress Mansha Pasha is also making waves.

The started in her social media post revealed that she had been receiving tons of queries about her style and outfits in the drama.

In her Instagram story, Mansha Pasha has revealed that she designed her looks by herself, taking inspiration from fashionistas Blake Lively and Timothée Chalamet. 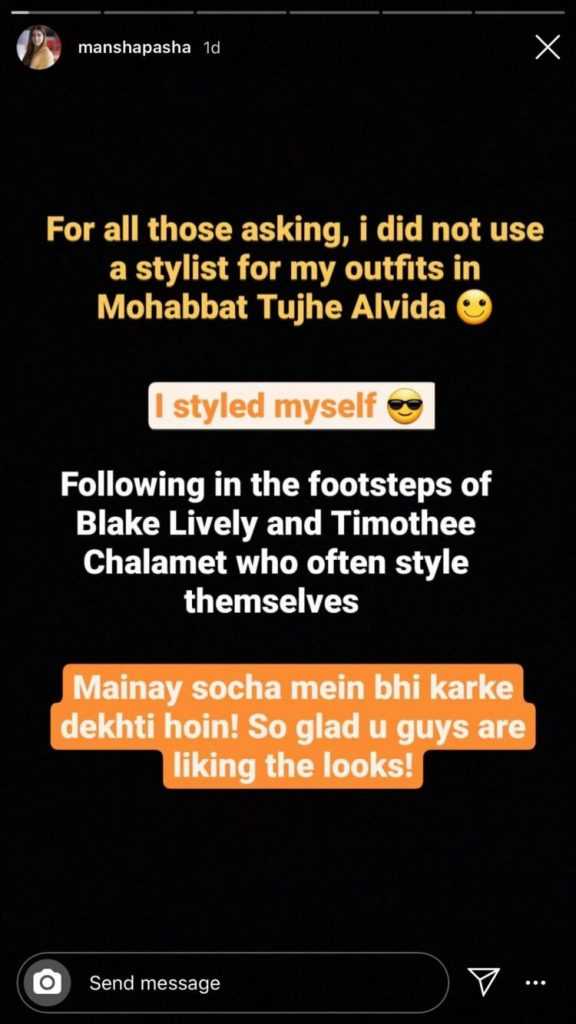