Maria B has lauded Punjab government’s decision to ban ‘Joyland’ in the province.

Its been a while that the film Joyland is being discussed as a controversial one amid its story revolving around a trans person.

However the film was cleared by the censor board for its release, but it was yet again faced a decision to be banned in Punjab.

Famous fashion designer Maria Butt has drawn serious criticism for her views regarding the film that she shared on social media.

However, she has lauded the recent Punjab Government’s decision to ban the screening of Joyland.

She hailed the Punjab government saying, “You guys rock!”, in one of her Instagram stories.

Maria also showed her gratitude to whoever was behind to make the decision and mentioned Pakistan Tehreek-e-Insaf (PTI) as well.

She said, “Thankyou government of Punjab, PTI, whoever did this.”

She expressed, “You guys give us hope for the future of our children. In the Islamic Republic of Pakistan,” followed by emojis of the Pakistan flag with green hearts. 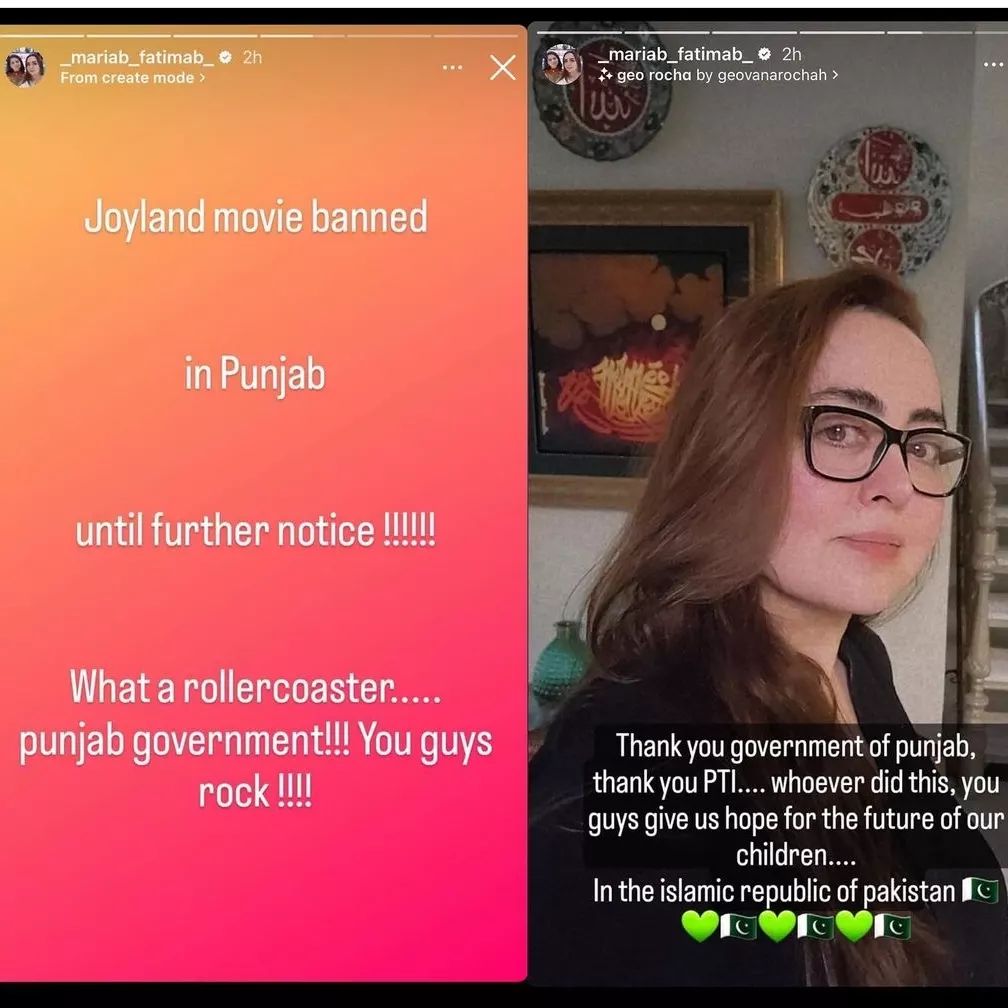 Before Punjab Government’s decision was announced,  Maria also voiced her discontent with Joyland’s release on Instagram. By utilising various sad and irritated emojis, she asked for “help” and “forgiveness” from her God.

Maria B said, “Congratulations Pakistan. Joyland is being released. Our first official transgender movie, At least they cut some parts out. May Allah help us and forgive us.” 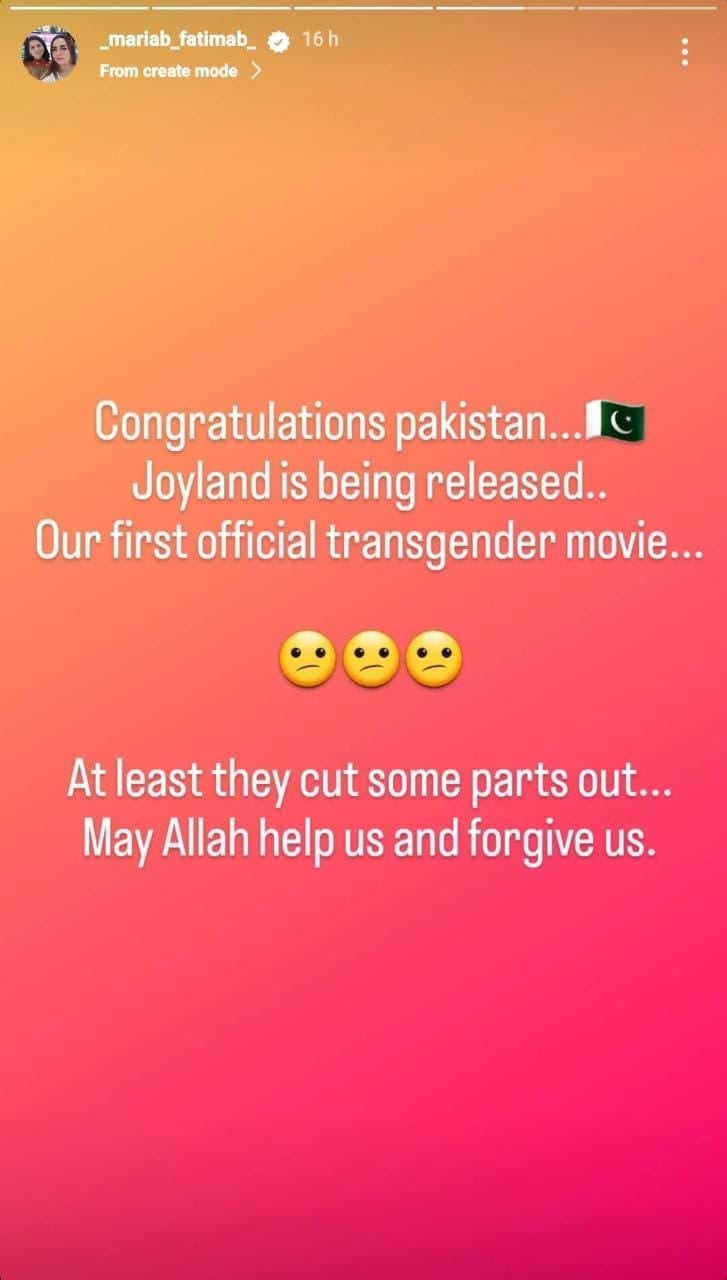 Here is how she has been raising her concerns about Joyland’s release in Pakistan: 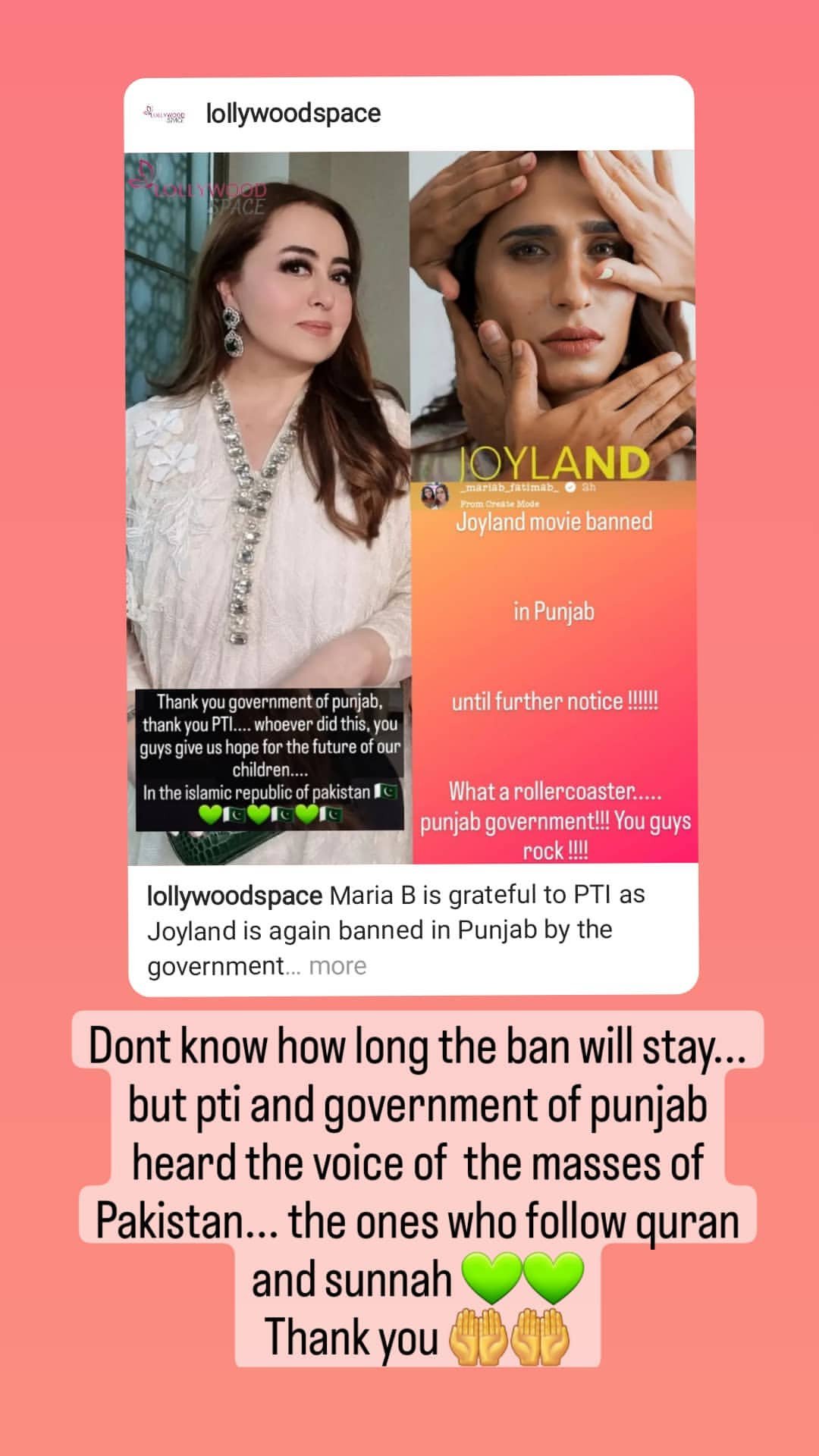 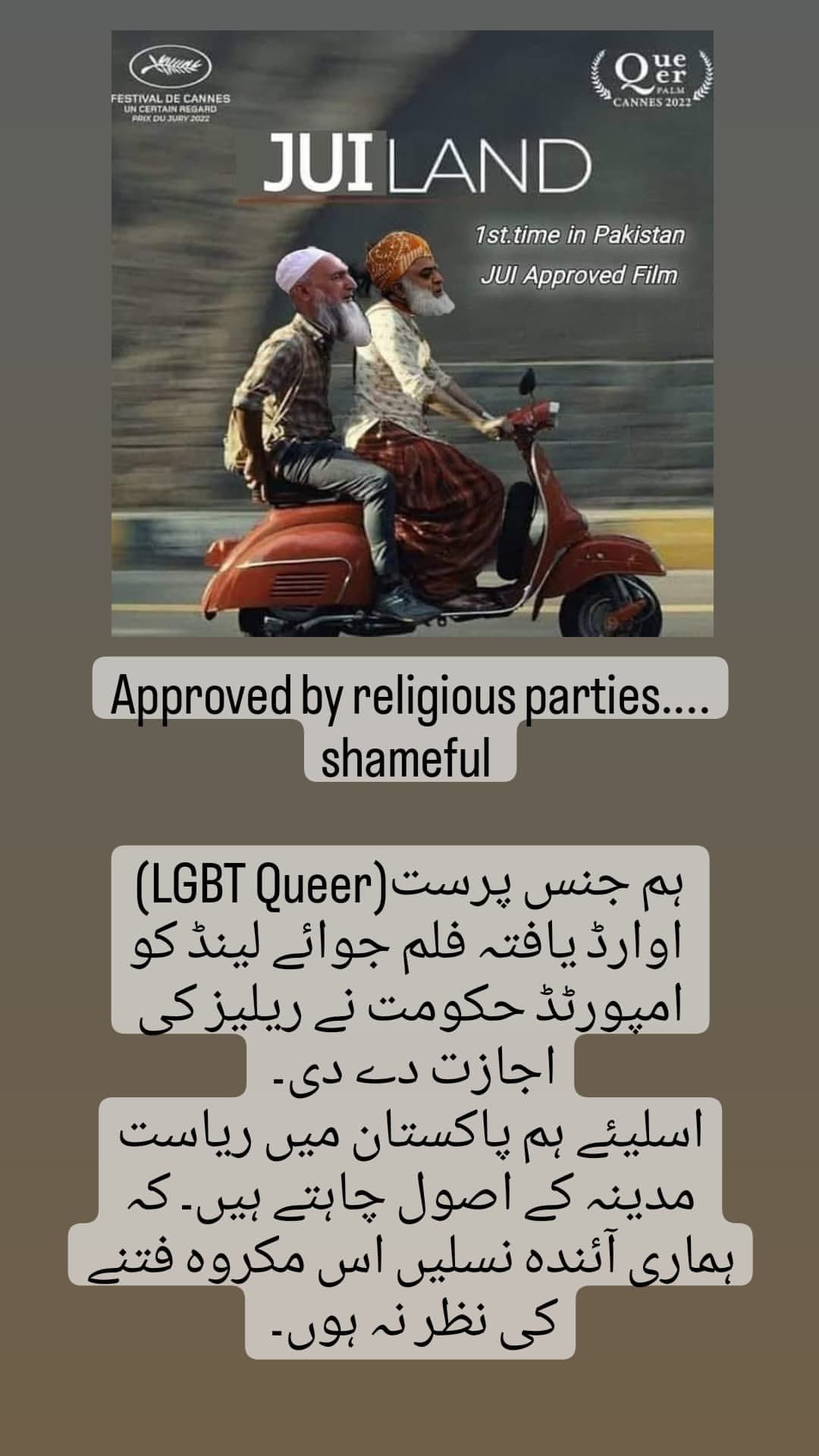