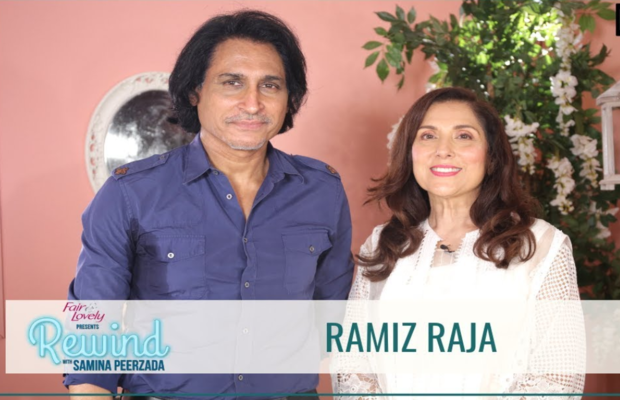 Ramiz Raja Former Pakistani cricketer turned commentator is confident that PM Imran Khan’s governance would lead Pakistan towards heights of success, despite the current criticism towards his government.

He appeared on the special World Cup 2019 episode on the Rewind with Samina Peerzada, the first ever Pakistani digital talk show.

Raja’s interview with Samina Peerzada is available on YouTube, comprises of a few untold stories and details of life events.

The most noticable thing he shared were about making Pakistan great again and current political and social situation.

This conversation revealed a new perspective of his personality, as people know him for being a crickter and a cricket commentator.

When asked about Imran Khan he stressed that IK is the best thing which ever happened to Pakistan, “Mark my words, Imran Khan will succeed”, he said.

Here is what Ramiz Raja said while talking about Pakistani politics, Imran Khan and World Cup 1992.

Ramiz Raja will be soon flying to England where he will be part of the ICC World Cup 2019 as a commentator.

In the show, he also revealed how he ended up as a commentator after retirement from cricket, at first he refused because he felt being commentator is a job for an elderly person. However, his perspective changed and now he is regarded as one of the best cricket commentators from Pakistan.