Junaid Safdar and Ayesha Saif Khan tied the knot at the swanky Lanesborough hotel in London on Sunday. 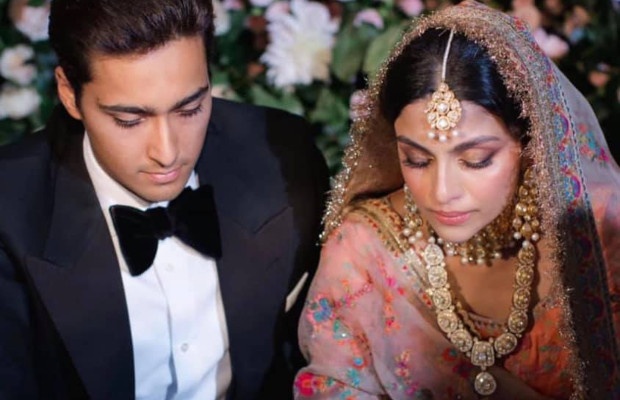 The photos and videos of the high-profile wedding have gone viral on social media.

Junaid Safdar has tied the knot with Ayesha Saif Khan, reported being his childhood friend, the daughter of Saif ur Rehman, who headed the Ehtesab Cell in the late 1990s.

The former senator runs businesses in Qatar and maintains close family relations with the Sharifs.

Maryam Nawaz, who shared the news of her son’s Nikkah in a tweet last, along with an invitation, could not attend the event along with her husband Captain (retd) Safdar.

Her relatives in London attended the event in person, while she wished her son and the bride on social media yet again. 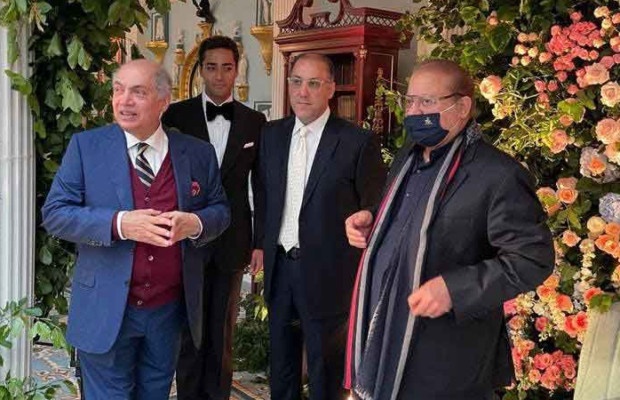 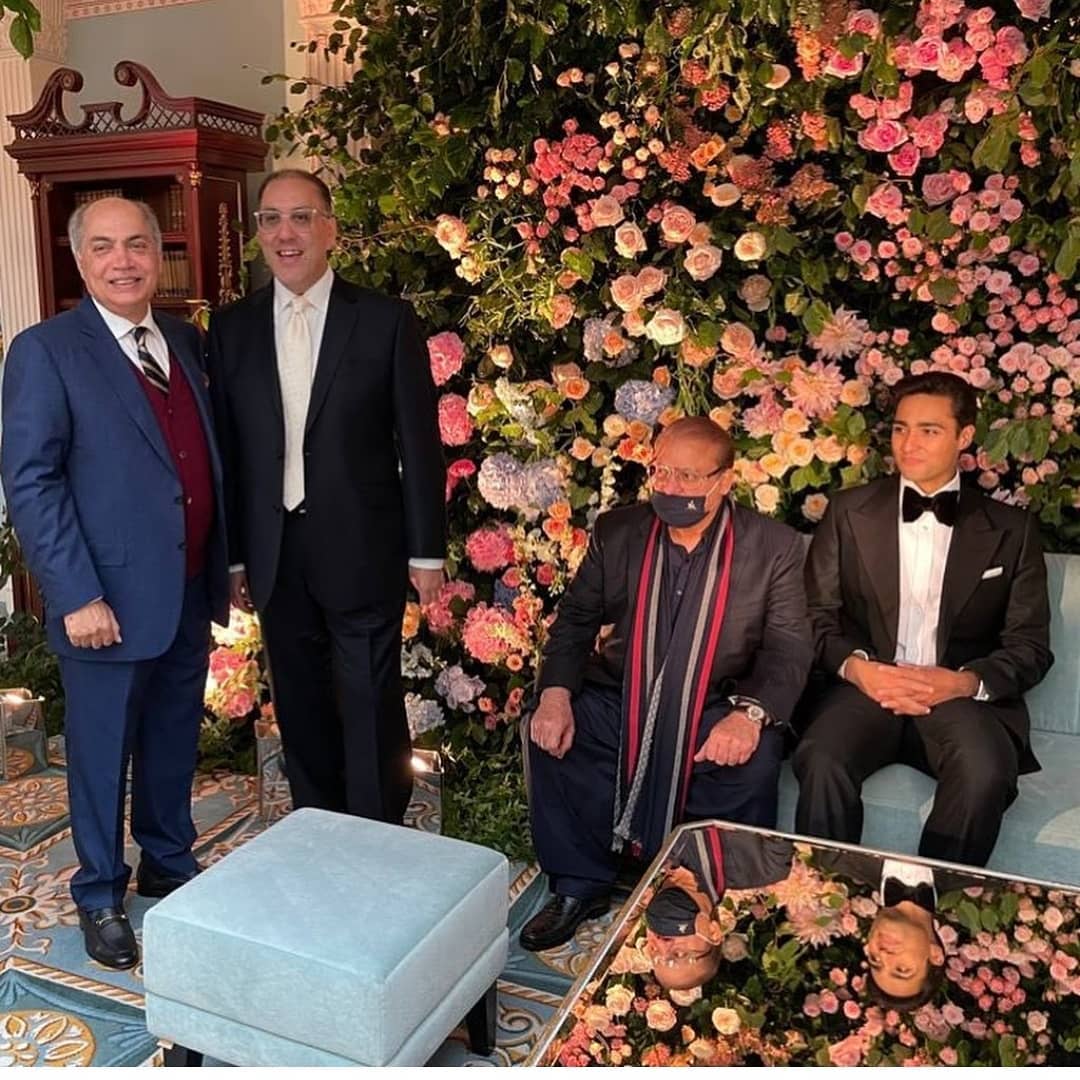 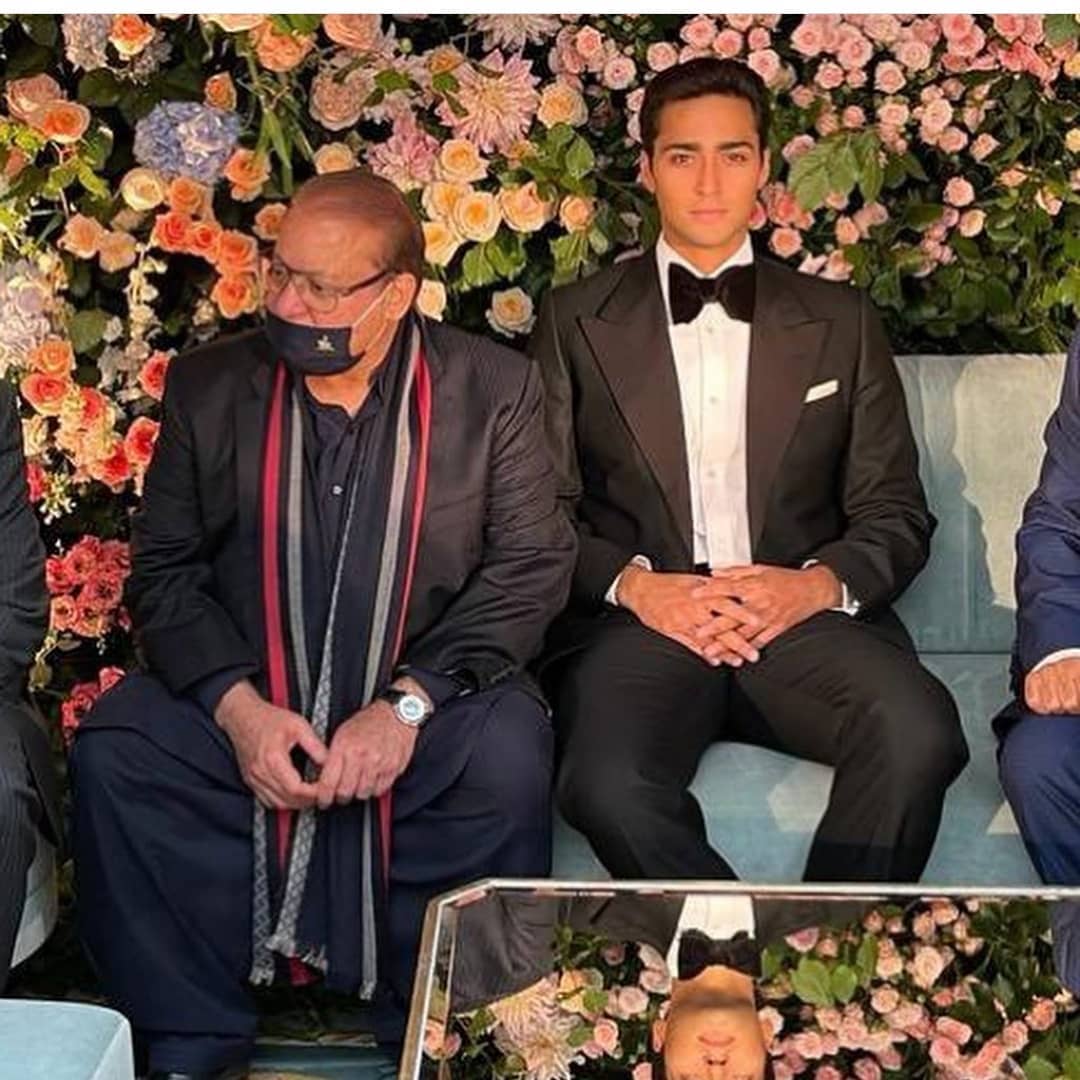 The main highlight of the event later became the dress of the bride.

As being reported, bride Ayesha opted for a traditional bridal ensemble by Indian designer Sabyasachi, who has been the favourite designer of top Bollywood actors such as Deepika Padukone, Anushka Sharma, Vidya Balan, and many others. 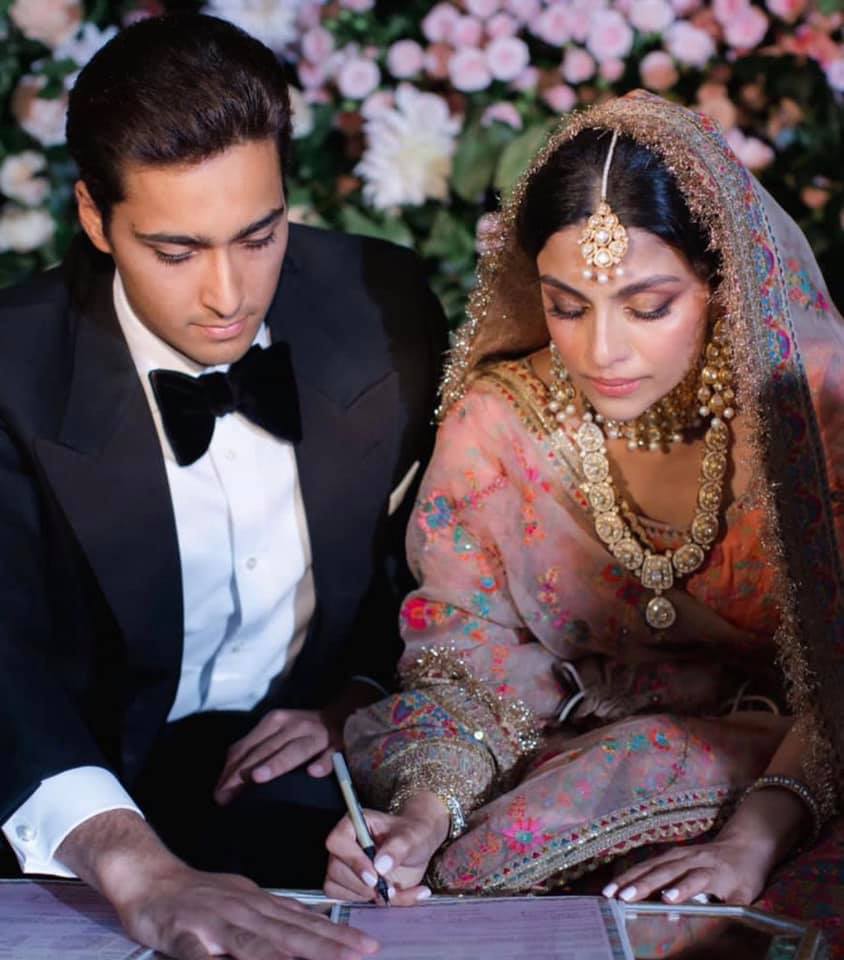 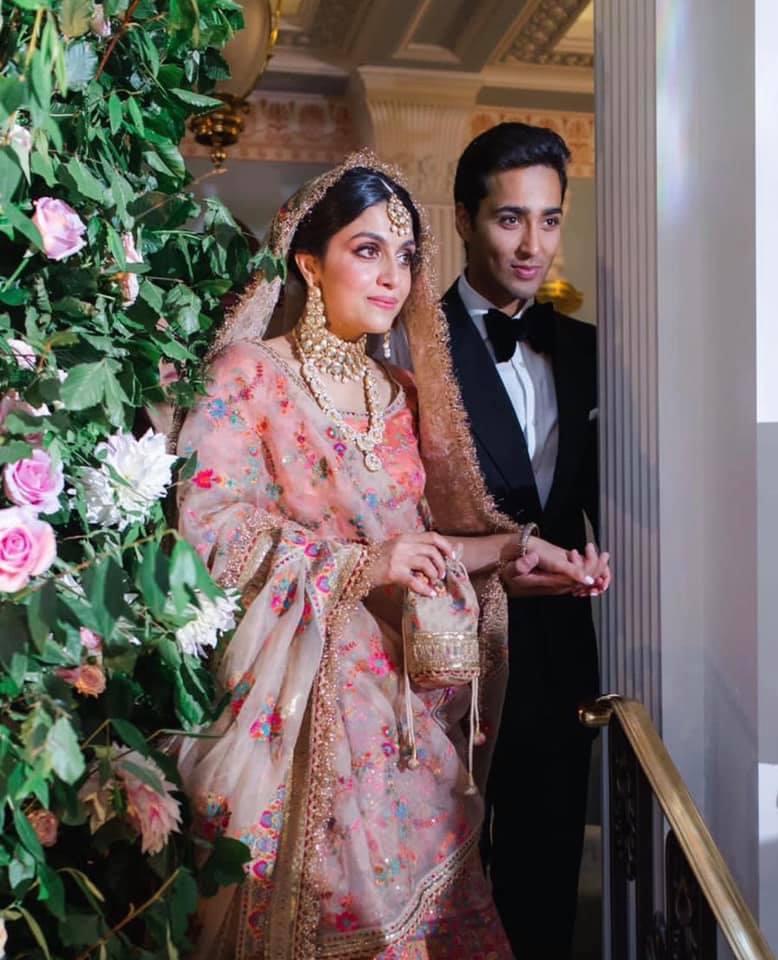 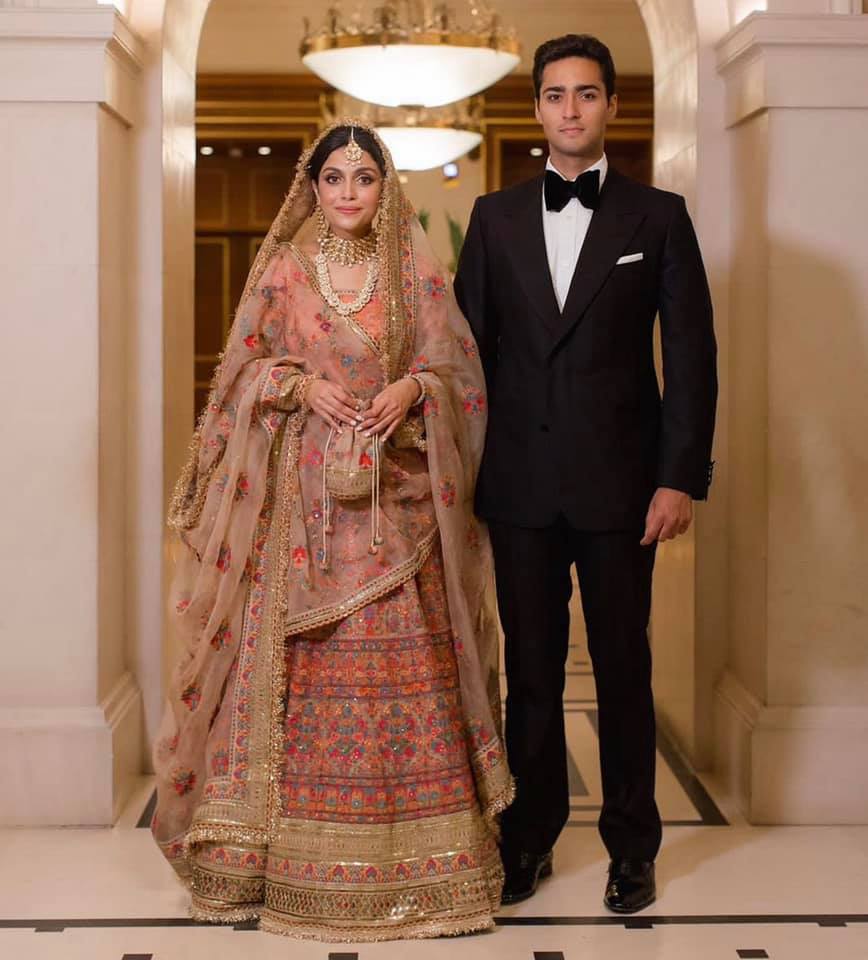