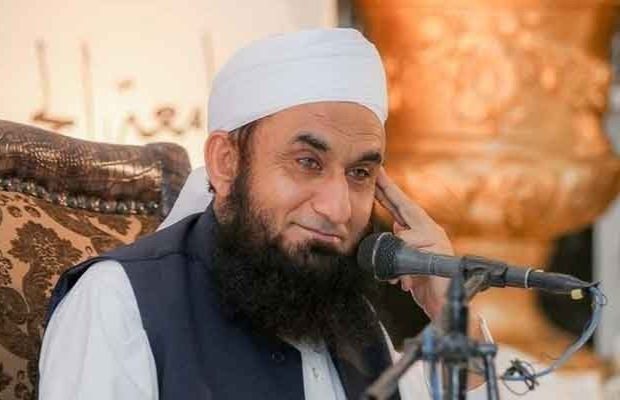 An official statement in this regard has been posted on his verified account. 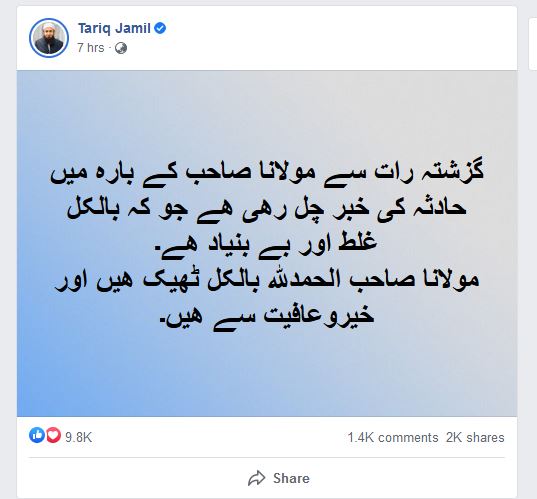 The image was widely circulated o on social media showing a person, bearing a resemblance to Maulana Tariq Jameel, lying in a stretcher with wounds on the head and his clothes stained in blood.

Reportedly, the viral picture is two years old and features another man who shared an uncanny resemblance to the Tablighi Jamaat scholar.

This is not the first time that the famous religious figure has been on target of fake news mongers.

In September, a piece of fake news claimed that Maulana has broken up with his first wife.

Moulana Tariq who has a massive fan following on social media as well, took to Twitter to clear the air.