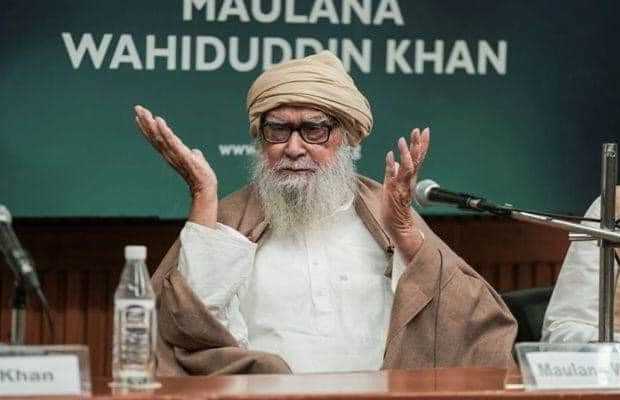 As being reported, a 96-year-old scholar had tested positive for COVID-19 last week.

He was admitted to ICU at Apollo Hospital in the Indian capital.

“The great Islamic scholar Maulana Wahiduddin Khan breathed his last, late this evening. Doctors failed to revive his sinking heart. Pray for his maghfirat and high station in Paradise. Amin,” he wrote.

Enter, then, among my servants! And, enter My Paradise!” (Qur’an – 89:27-30). The great Islamic scholar Maulana Wahiduddin Khan breathed his last, late this evening. Doctors failed to revive his sinking heart. Pray for his maghfirat and high station in Paradise. Amin.

Islamic scholar and noted writer is also known for translating the Quran into contemporary English.

He has been listed in the 500 Most Influential Muslims of the world.

He is the author of over 200 books and a bulk of his oeuvre focused on secularism, inter-faith dialogue, social harmony, and freedom of speech.

Condolence messages have been pouring in on social media on the scholar’s demise.

One of the greatest scholars of our era has gone. Maulana Wahiduddin Khan Sb. (Dada Abba) has passed away.

O Allah, elevate his station among those who are guided. Ameen

The well known Islamic scholar: Maulana Wahiddudin Khan has passed away. A scholar, theologian, writer and a great peacemaker, we are poorer by this loss. Had the opportunity to meet him and was deeply impressed by his vision of peace and reconciliation pic.twitter.com/7Bn7Qbt3EI

I got the shocking news of sad demise of Hazrat Moulana Wahiduddin Khan
(ra).
I offer my deepest sense of condolences to @khan_zafarul all his extended family members and loved ones.
We pray to Almighty Allah to shower His mercy upon him, grant him the best abode in Jannah.

It is with deep sorrow that we announce the passing away of Maulana Wahiduddin Khan.

He has left us as one big family to stay united and work for the cause of dawah. Please do dua.