Mawra and Urwa Hocane Think Depression’s Sole Cause is Eating! 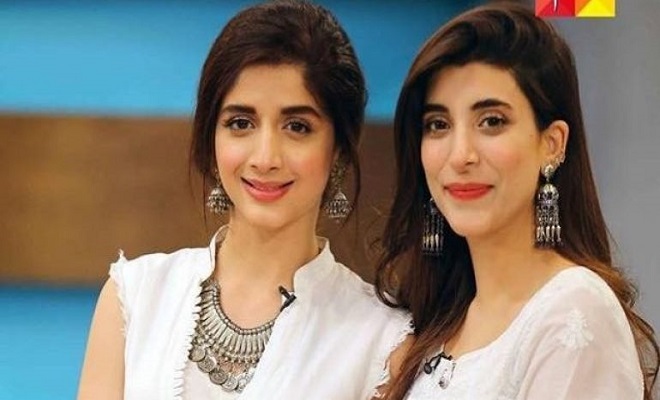 Mawra and Urwa Hocane who have recently launched their fashion line, appeared on Nida Yasir’s television show and things just blew out of proportion as they tried to talk on a subject they do not have a grasp on.

While talking about their clean eating habits and Urwa announcing that she’s a vegetarian, the sisters suddenly got off track and blurted out some extremely confusing sentences.

Eating too much makes you feel lazy the next day, you think why you ate and the physical lethargicness gets to your head, Mawra had to say as she mentioned her clean eating and its positive effects on health.

“It can affect your mental illness,” said Urwa.

“There are so many issues today, like depression and mental disease, it is all because of food – there is no other reason,” she added.

“It’s what you put into your body,” Marwa concluded.

If it could get any worse, Urwa then started referring overweight people as ‘moti’ – a degrading term used to body shame people.

This is not the first time celebrities have blurted out inappropriate comments about mental health; unfortunately this isn’t the last time either.