Meera discharged from mental hospital in US after paying $50,000 for bail

The actress has been at a psychiatric facility for two days. 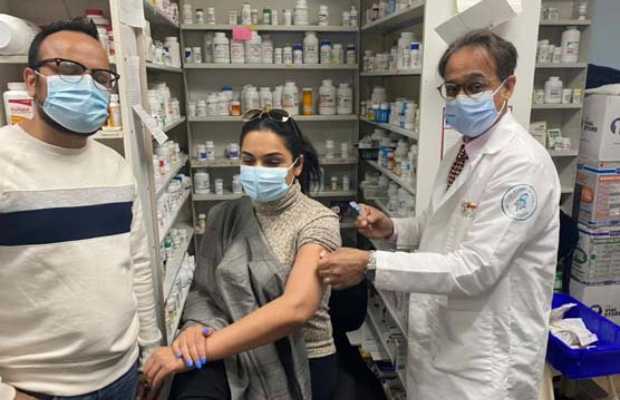 Lollywood’s most controversial actress Meera is reported to have been discharged from US mental hospital after Captain Naveed pays $50,000 for her bail.

It is pertinent to mention here is that Caption Naveed is said to Meera’s husband though the actress keeps on denying that she is married.

The Baaji star has also been ordered to leave America within 48 hours.

It was a day ago when a report emerged that Meera Jee was admitted to a mental hospital after she insulted an American doctor while she was demanding preferential treatment for her fever after receiving the COVID-19 vaccine.

Media reports claim that Meera’s improper speaking skills landed her in trouble as she tried to impress the doctors through her broken English.

The actress demanded special treatment, making claims that she had been given protocol by the Prime Minister.

After listening to her claims, the doctor reported her to mental health officials after which she was reportedly admitted to a psychiatric facility for two days.

Meera’s father-in-law is reported to have had helped her get the bail and he also said that she would be sent to Pakistan on an urgent basis.

A video has also been circulating on Twitter featuring Meera’s mother shared that her daughter was admitted to a psychiatric facility in the US against her will. She also appealed to the government and PM Imran Khan to help her daughter.

Furthermore, a day ago when actor Imran Abbas claimed of having a chat with Meera and defended her against the rumours of being admitted to a mental hospital. 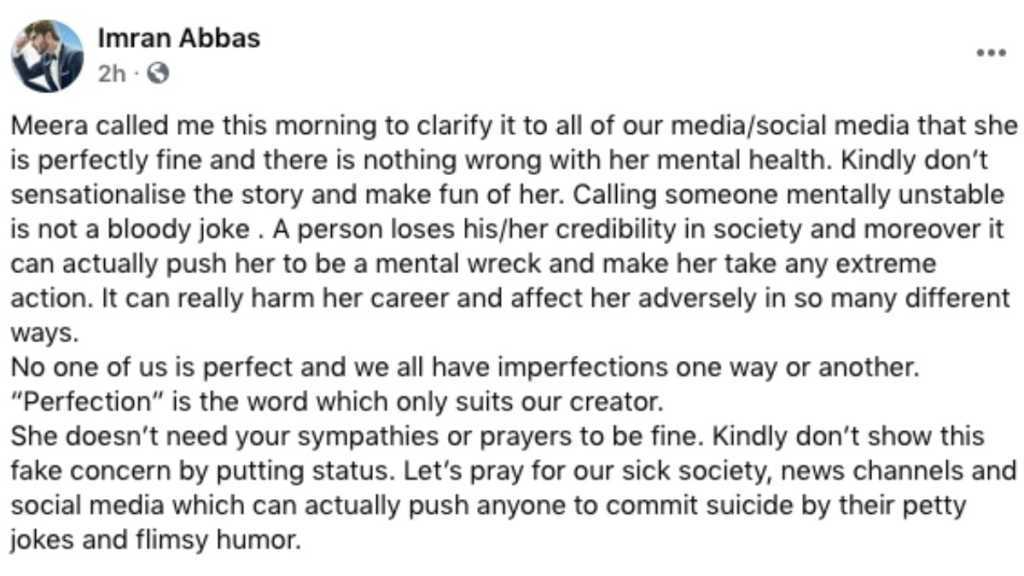