Meera reprimanded for shouting and crying in court 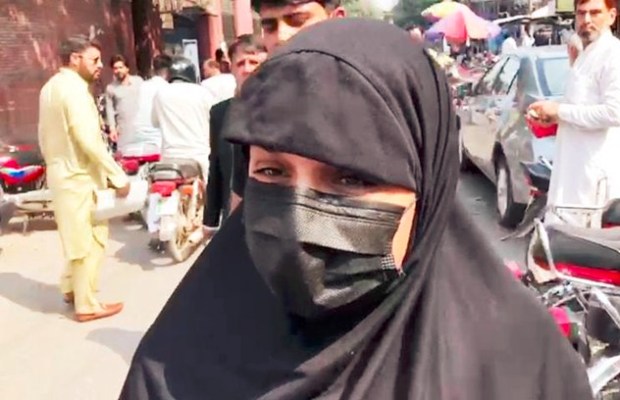 Lollywood actress appeared before the court clad in burqa, however, she was reprimanded for shouting, crying in court.

Meera who appeared before the session court in Lahore with her lawyer pleaded that she has been asking for justice for the last 10 years.

“Judge sahib, I have been chasing justice for the last 10 years,” a teary-eyed Meera told the judge.

“When I appeared in the US court, they give me enough time to complete my statement,” she said.

Meera again vehemently denied that she was married to businessman Attiqueur Rehman.

“I did not enter into any nikkah. A fake nikahnama was presented in the court,” she said.

Talking to reporters after the hearing of a case Meera said that Pakistan and its film industry had suffered losses worth billions due to the fake cases against her.

“The funding that had to come into Pakistan, the investors who wanted to invest in Pakistan, the business community that used to support the Pakistan film industry, they all stepped back [due to the cases],” she added.

Lollywood actress had challenged the family court’s decision declaring her as the wife of Atteeq-ur-Rehman.

In the filed petition, Meera stated that she did not marry Atteeq-ur-Rehman, adding that the family court decision was contrary to facts.