Danial is all set to woo the audience with upcoming drama serial “Arzoo”. 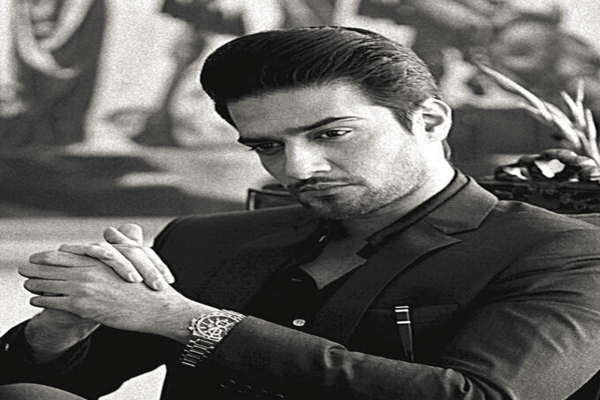 Meet Danial Afzal Khan, talented young man of Pakistani drama industry. He has proven to be a very versatile actor with his recent ventures in Pakistan’s entertainment industry. We will soon see him in an upcoming drama serial name ‘Arzoo’, which will go on-air on TV-One. This drama series is written by Rafaqat Hayat and Omar Ikram is directing this play.

While talking to OY, Danial shared about his character in the drama series.

“I am playing the character which goes by the name ‘Shan’. Shan is a character which will terrify and make you laugh at the same time. A very different guy with very wrong intentions”, shared Danial.
He further added, “I had a choice to play either one of the characters (Shahzaib/Shan) but I chose this one because with Shan I could perform in multiple dimensions. Shan has a huge margin for performance because he is not restricted at all in the portrayal. He is a multilayered very complex and unpredictable character”.

According to Danial, the story of his upcoming play revolves around the Shahzaib, Shan and Najia, who plays Shan’s ex-wife. Her wealth, Shazaib’s love and Shan’s obsession will be steering the story on its course. Yasir Shoro, alongside Danial is playing his rival and supported by numerous others.

Danial also shared the reason for choosing acting and modeling as a profession;

“Since I was a kid I wanted to do something different, something which would separate me from the crowd and what’s better than acting. But then I fell in love with the skill Itself. There is nothing like acting, none of the professions can match it”, told Danial.

We all know that this new kid who is proving himself by making waves in entertainment industry, he has few words of wisdom for aspiring young talent. One would say he is beauty with the brains, or better say handsome bloke with wits!

“Give it some time, know about the line of action in this business. It’s a 24/7 profession. Don’t be like one day you decided you want to be an actor and that’s it, No!! Try to Know how it goes, what are the norms, the whole process and what it takes to become one. I come across hundreds of people believing it can be a part time profession and can be juggled with a full time conventional job well it isn’t”, said Danial Afzal Khan.

tweet
Share on FacebookShare on TwitterShare on PinterestShare on Reddit
Saman SiddiquiSeptember 24, 2018
the authorSaman Siddiqui
Saman Siddiqui, A freelance journalist with a Master’s Degree in Mass Communication and MS in Peace and Conflict Studies. Associated with the media industry since 2006. Experience in various capacities including Program Host, Researcher, News Producer, Documentary Making, Voice Over, Content Writing Copy Editing, and Blogging, and currently associated with OyeYeah since 2018, working as an Editor.
All posts bySaman Siddiqui