“She falls in love with a Prince and loses her voice, but in the end, she gets her voice back," said Duchess of Sussex. 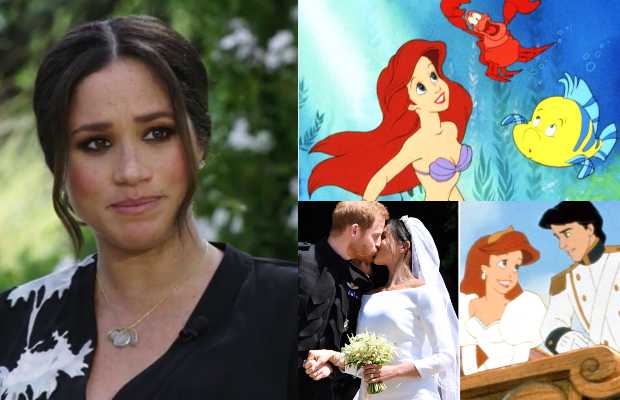 Meghan told Oprah Winfrey the talk show host during the interview that she watched the Disney films and saw parallels between the character Ariel and her own life since meeting her real-life prince.

I was sitting in Nottingham cottage and The Little Mermaid came on,’ Meghan said in a clip of her, Oprah, and Harry in ‘Archie’s Chick Inn’ coop where the chickens they rescued from a battery farm reside.

‘And who as an adult really watches The Little Mermaid but it came on and I was like, ‘Well I’m here all the time I might as well watch this.’

‘And I went, ‘Oh my God she falls in love with the prince and because of that she loses her voice.’

‘But in the end, she gets her voice back,’ she added.

Oprah said: ‘And this is what happened here. You feel like you got your voice back, to which Meghan replied: ‘Yeah.’

Meghan later during the interview added  that her and Harry’s love story has been ‘greater than any fairytale you’ve ever read.’

Here is how social media reacting to Meghan’s comparison to Disney’s character. 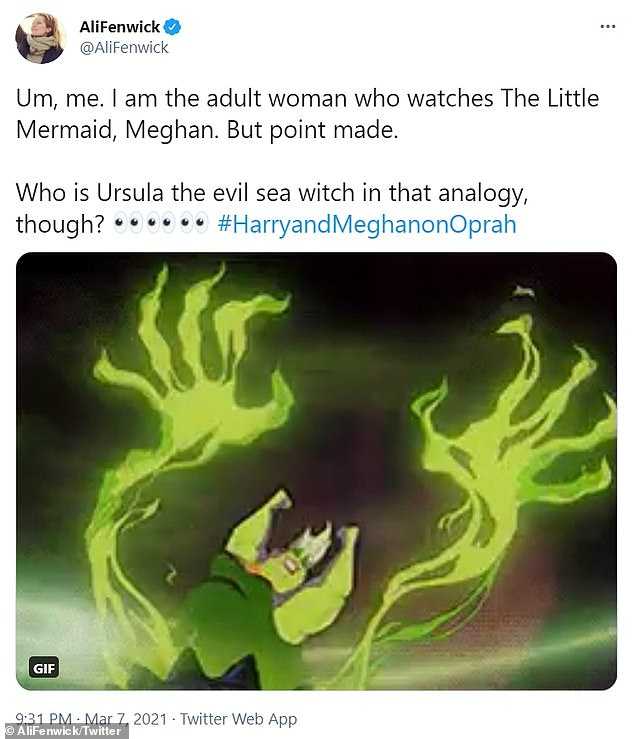 Ever since the interview was aired, social media is buzzing with all sorts of remarks.

They were brokeeee. Poor babies

Disney should make Princess Diana the next Disney Princess and have her voiced by Meghan Markle pic.twitter.com/edq1cLVE80

so the the queen is the octopus witch i dont remember her name. octavia?

Meghan Markel and Prince Harry’s interview with Oprah Winfrey was the first-ever public comment by the Duke and Duchess of Sussex after they stepped down from senior roles in the British royal family.

In the bombshell interview, Meghan has accused the British royal family of racism and the interview is the most trending topic on the internet lately.