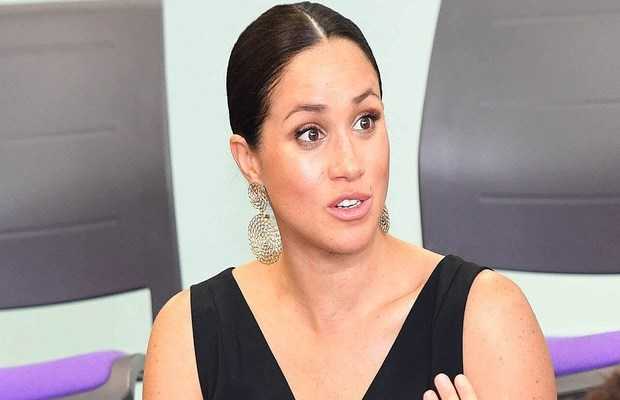 In the upcoming book Finding Freedom which is based on the exit of Sussexes from the royal family, the authors have narrated a 2016 incident where Meghan Markle was told by the palace to not wear a certain necklace and it was frustrating for the actress.

The necklace which had her and Harry’s initials M&H was considered to be drawing too much attention as a photograph of Meghan was published in the newspaper donning the necklace. The Duchess received a call from a Kensington Palace royal aide, shortly after.

“She was advised that wearing such a necklace only served to encourage the photographers to keep pursuing such images — and new headlines,” royal reporters and authors of Finding Freedom Omid Scobie and Carolyn Durand write.

Meghan “said little during the call” and “choosing instead to simply listen to the counsel”, the book adds.

“But after hanging up, she felt frustrated and emotional,” the book continued “While she knew the aide had good intentions, the surreal experience of having someone from her boyfriend’s office tell her what kind of jewelry to wear or not to smile at a photographer was too much.”

“I can’t win. They make it out like I’m to blame for these pictures, that it looks like I’m encouraging them, that me even acknowledging the cameras may not be sending the right message. I don’t know what to say. It was only yesterday that people online were saying I look miserable in pictures because I was trying to just ignore the [photographer],” Meghan told a close friend present at the time.

The book, for which Meghan and Harry only contributed to initially, is said to make startling revelations which may turn out to be damaging to the Crown.