Meghan returns back to Canada, Harry in “deep discussion” with Queen, Prince Charles

The Royal reporters said that the Family was “extremely hurt” over sussexes’ decision. 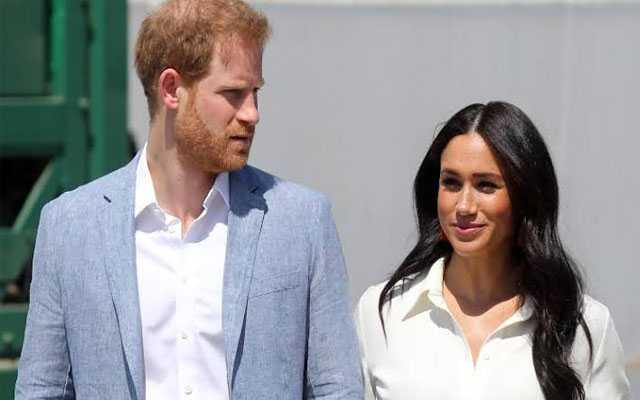 The Duchess of Sussex Meghan Markle has flown back to Canada following the bombshell announcement that she and her husband Prince Harry are “stepping back” from the royal duties.

Meghan has left for Canada to join her son Archie amid discussions over the future role for her and Prince Harry in the Royal Family.

The couple had been in Canada over Christmas with baby Archie.

Meanwhile, the Duke of Sussex remains in Britain, where he is reportedly in deep discussions with the Queen, Prince Charles, Prince William about the couple’s future role.

The Royal reporters said that the Family was “extremely hurt” over Sussex’s decision.

According to reports, Harry and Meghan did not consult any other royal about making their personal statement.

On Wednesday evening, Prince Harry and Meghan in their announcement revealed that they plan “to step back as ‘senior’ members of the Royal Family, and work to become financially independent”.

It was said that they plan to split their time between the UK and North America, while “continuing to honour our duty to the Queen, the Commonwealth, and our patronages”.

The decision came “after many months of reflection and internal discussions”, they added.

Buckingham Palace, in a statement, said: “We understand their desire to take a different approach, but these are complicated issues that will take time to work through.”

Despite the couple’s decision, Harry will remain sixth in line to the throne.