In her latest book Meghan & Harry: The Real Story, Lady Colin Campbell has claimed that Meghan Markle’s rift with the royals began at a party. Ahead of the book, a video of Prince Charles’s 70th birthday party held at the royal garden surfaced, which stirred a number of rumors and many believed this is the moment Meghan had her first fallout with The Firm.

The footage from the party, held days after the Sussexes got married in 2018, “uncovered the moment that Prince Harry is pulled away by Prince Charles to speak” reported a UK based publication. 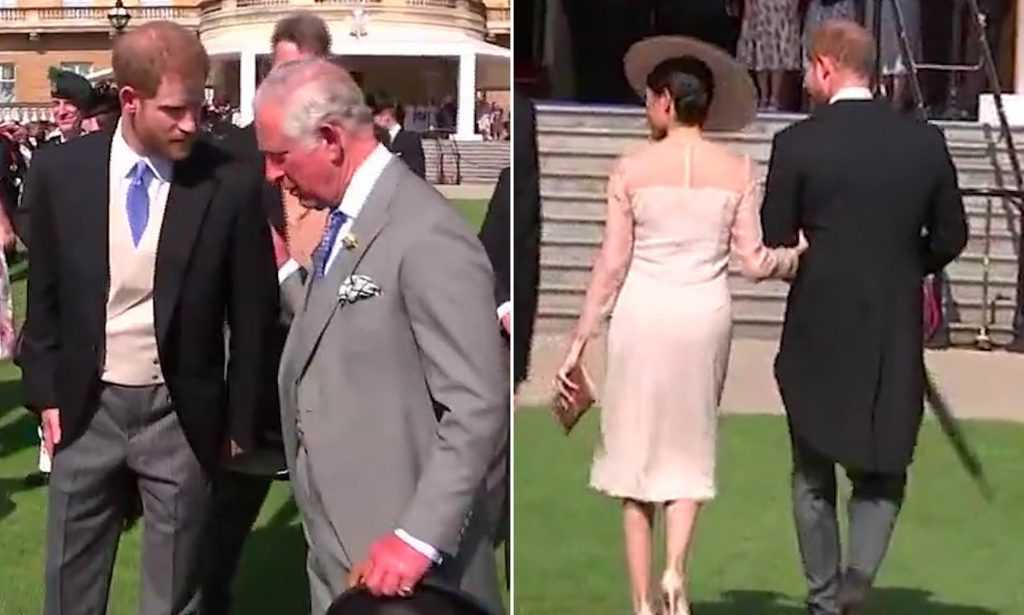 After the brief conversation between Prince Charles and his younger son, Meghan and Harry leave the event – with many netizens believing that the two were ‘told to leave due to Meghan’s behavior’ and the Duchess did not seem to be happy about being escorted out.

However, “MailOnline’s lip-reading expert explained that there ‘definitely wasn’t any angst’ in the words exchanged between the parties and that the couples assured one another they would ‘catch up’ afterward,” says the publication.

“The exchange between the couples [Sussexes and Camilla, Charles) was actually polite” it adds.

In her book, Lady Campbell had narrated a party where 15 minutes in, and Meghan told Harry she’s bored and wants to leave. Albeit that the Duke of Sussex insisted his wife that they had to stay, the author notes that this was the moment where Meghan ruffled a few feathers in The Firm and things eventually lead to #Megxit.

But as MailOnline suggests, Prince of Wales 70th birthday party – footage of which surfaced – is not the one where things went south between Meghan and the royals.