In the interview with BBC Urdu, she was also questioned about the controversy that escalated after she was awarded the Tamgha-e-Imtiaz. 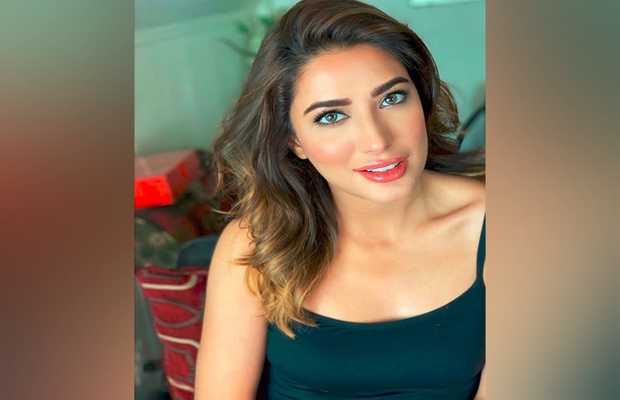 Mehwish Hayat, the Tamgha-e-Imtiaz recipient, has confirmed playing the character of late Benazir Bhutto in an upcoming biopic.

In a recent interview with BBC Urdu, Hayat showered praises on the former PM saying, “I loved Benazir Bhutto! She was the first female prime minister of Pakistan. That’s such a great thing! People need to see and know more about her.”

She added, “Things are written in books and people do read them. But the film is another medium altogether. Our generation needs to know more about Benazir.”

Mehwish also revealed that she has been reading about Benazir Bhutto to gear up for the biopic’s role. “The more I read about her, the more I am inspired but I also get sad. We lost a great leader,” she added.

During the interview, she was also questioned about the controversy that escalated after she was awarded the Tamgha-e-Imtiaz.

To which the Punjab Nahi Jaongi starlet responded, saying, “The size of your mentality and your mind matters. Your mind should be big enough to fit both my Tamgha-e-Imtiaz and the song Billi.”

Mehwish Hayat recently also made waves by calling out the unfair depiction of Muslims and Pakistan in Bollywood films. During this interview, starlet claimed Bollywood film-makers would never cast her because she has been calling them out, and she also added that she will continue speaking the truth, even if Indian film-makers don’t cast her.

“I’d rather speak the truth and not get cast in their films,” Hayat stated.

“This is not something that I’ve said right now. I’ve been saying this all along. Maybe because of the current crisis, this has amplified so much. But it has been my stance since day one!”, says Mehwish Hayat.

tweet
Share on FacebookShare on TwitterShare on PinterestShare on Reddit
Saman SiddiquiOctober 26, 2019
the authorSaman Siddiqui
Saman Siddiqui, A freelance journalist with a Master’s Degree in Mass Communication and MS in Peace and Conflict Studies. Associated with the media industry since 2006. Experience in various capacities including Program Host, Researcher, News Producer, Documentary Making, Voice Over, Content Writing Copy Editing, and Blogging, and currently associated with OyeYeah since 2018, working as an Editor.
All posts bySaman Siddiqui