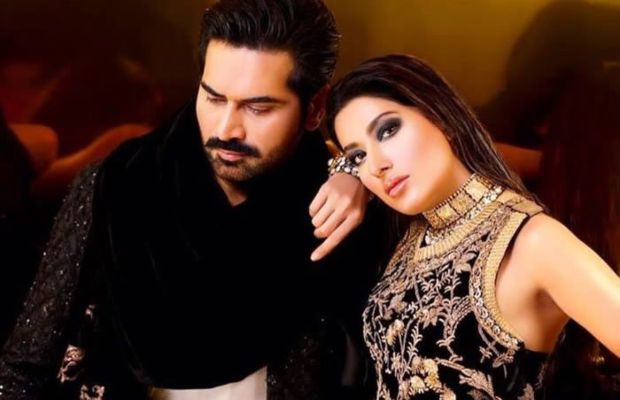 Mehwish Hayat has extended wishes for Humayun Saeed on getting a role in ‘The Crown’ in a unique way!

It was the other day when it become public that Humayun Saeed has been roped in for Season 5 of the hit Netflix series The Crown.

Humayun Saeed’s co-star in several projects Mehwish wished him in a unique way, sharing a photo of herself wearing a mustache.

At first, she joked that it’s a confusion, it is her who has got the role in The Crown.

And later in the caption, she said, Seriously, So happy for you @saeedhumayun. Sitaaron se aagay jahaan aur bhi hain. Congratulations – Onwards and upwards!” 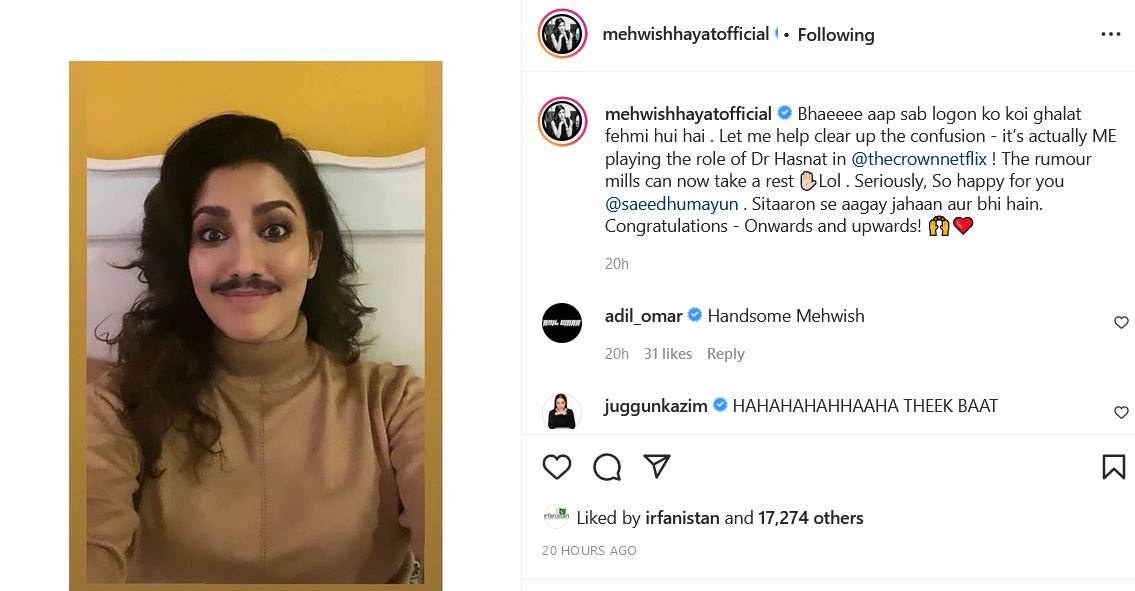 It should be noted that Humayun Saeed is currently silent about getting a role in “The Crown”.


Humayun Saeed has become the first Pakistani actor to be cast in a Netflix original project.

As being reported, the new season of the international hit series based on the British royal family will feature a Pakistan actor portraying the character of Dr. Hasnat Khan.

The news has left Humayun Saeed’s fans and co-stars celebrating on social media.

Finaaaallly it’s out!!!! So proud! So excited!!! MashAllah mashAllah 🥳✨💫 🧿🤲🏼♥️ What a show! What a star 🙂 @iamhumayunsaeed @TheCrownNetflix

Congratulations @iamhumayunsaeed upon becoming the first Pakistani actor to be cast in a @netflix original series #TheCrown
Wish you all the best for appearing as
Dr Hasnat Khan opposite Elizabeth Debecki who will be appearing as Lady Diana.#Pakistan @TheCrownNetflix