Breaks his silence by releasing a bizarre video about allegations 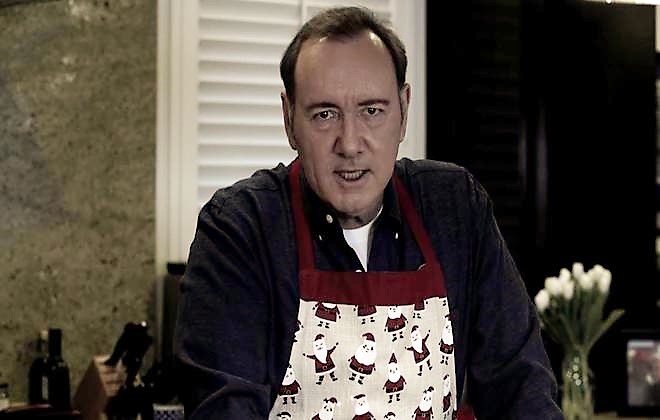 Hollywood actor Kevin Spacey has been charged with groping the 18-year-old son of a Boston TV anchor in 2016. This is the first criminal case brought against the Oscar-winning actor since his career collapsed amid a string of sexual misconduct allegations over a year ago.

Cape and Islands District Attorney Michael O’Keefe said in a statement Monday that, Kevin Spacey, 59, is due in court Jan. 7 on the resort island of Nantucket to be arraigned on a charge of indecent assault and battery.

If convicted, Kevin Spacey could get up to five years in prison. A criminal complaint was issued by a clerk magistrate at a hearing on Thursday, according to O’Keefe.

As soon as the charge was made public, Kevin Spacey broke his silence on being accused of sexual assault and being kicked off from the Netflix’s series House of Cards final season. He has shared a bizarre, three-minute video on social media on Monday titled “Let’s Be Frank”.

Let Me Be Frank https://t.co/OzVGsX6Xbz

He says, “Despite all the poppycock, the animosity, the headlines, the impeachment without a trial. Despite even my own death, I feel surprisingly good and my confidence grows each day that soon enough you will know the full truth”.

“You wouldn’t believe the worst without evidence, would you? You wouldn’t rush to judgment without facts, would you? Did you? All this presumption made for such an unsatisfying ending and to think it could have been such a memorable send off. I can promise you this: If I didn’t pay the price for the things we both know I did, I’m certainly not going to pay the price for the things I didn’t do”, he further adds on to the monologue.

In the extro, Spacey mocks the viewers by asking the question, “You never actually saw me die, did you?” He then puts what looks like a wedding ring on his index finger and glowers at the camera. “Conclusions can be so deceiving,” he says. “Miss me?”.