He feels heartbroken after reading those #MeToo stories and narratives 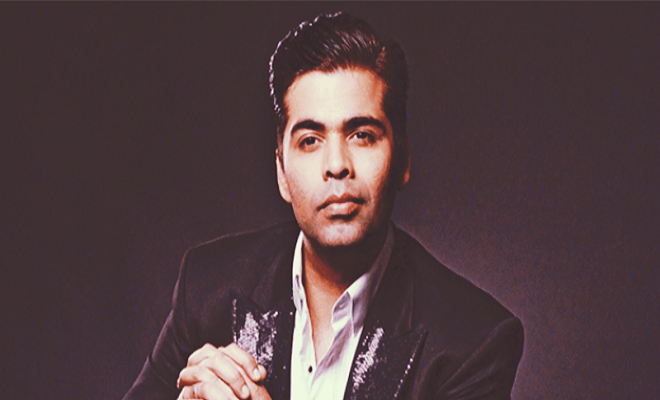 Bollywood filmmaker Karan Johar has opened up about the ongoing #MeToo wave in Bollywood. For him the stories that are surfacing in wake of the #MeToo movement are quite heartbreaking.

And he believes that it is ‘lame and stupid’ for the people to say that “there is no proof” to support the claims of these women. Who have come forward opening up about the sexual harassment cases.

While talking to a journalist Karan Johar shared his views about the #MeToo movement in India. He said women who have come out with their stories of harassment need to be applauded and believed.

“Every woman, who has a voice, has to be respected, applauded for coming out there and it is essential to believe every given voice. You cannot say there’s no proof. That is a lame, masculine, stupid thing to say. When a woman comes out, she expresses her heart out, she is right and you believe her,” Karan added.

The famous Bollywood celebrity further added the post #MeToo movement, there is a huge sense of accountability that has set in. “When I read so many of those narratives and stories, they broke my heart. It made me realize we cannot be complicit to this and you have to wake up, smell the coffee and be active about it”, said Karan Johar

On being asked upon a question that the heavyweights of the industry did not support the movement enough, the director said everyone did in their own capacity.

Karan Johar replied, “Not everyone has to go online and say it. A lot of people either work silently or out there. It’s how you choose to take decisions. Some of our decisions will be made but we don’t need to scream and shout about it. A lot of the more evolved minds have taken the required action”.

It’s been few months but the dust of recently made sexual harassment allegations is not settling down. Some of the cases are reported to be taken for legal actions.

tweet
Share on FacebookShare on TwitterShare on PinterestShare on Reddit
Saman SiddiquiNovember 26, 2018
the authorSaman Siddiqui
Saman Siddiqui, A freelance journalist with a Master’s Degree in Mass Communication and MS in Peace and Conflict Studies. Associated with the media industry since 2006. Experience in various capacities including Program Host, Researcher, News Producer, Documentary Making, Voice Over, Content Writing Copy Editing, and Blogging, and currently associated with OyeYeah since 2018, working as an Editor.
All posts bySaman Siddiqui