Michael Douglas opens up about his cancer battle, ‘Surviving cancer made me grateful’ 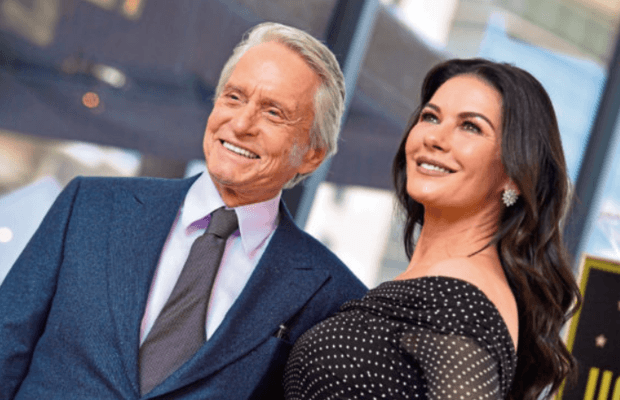 The Hollywood star was diagnosed with stage IV tongue cancer in 2010. After undergoing intensive treatment, he was able to beat the fatal disease.

In an interview with Italian publication IO Donna, when asked what he learned from cancer, he said: “Gratitude. Now, I’m happy to still be here and be able to celebrate the passing of time.”

Since being given the all-clear from the illness, the 75-years-old actor appreciates how blessed he has been in his career and with his family, which includes his wife Catherine Zeta-Jones and their two children Dylan, 19, and Carys, 16, reports female first.co.uk.

While discussing how he was worried he would have to stop making movies when he was first diagnosed, Michael – who also has another son, 40-year-old Cameron, his child with first wife Diandra Luker, added: “At the time I was heartbroken at the idea of giving up everything, but today I have put my priorities back in order.”

Michael, whose father is 102-year-old Hollywood legend Kirk Douglas,  has also gotten more environmentally conscious as he has gotten older and admits he does worry about the future of Earth.

He said: “None of us knows what this precarious world holds for us, and I refer to our planet in general and Hollywood in particular, even though it is now a family business that has been handed down to me and that I passed on to my children.”