Mohsin Abbas Haider: The Fault in Our Stars

This is an opinion piece by the author 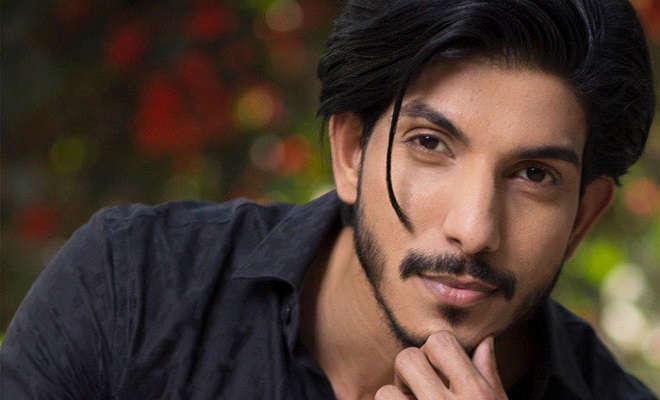 It was just yesterday social media and news got abuzz with the newest controversy of Mohsin Abbas Haider physically assaulting his wife Fatima Sohail, as the latter came out in public and broke the silence over years of abuse. While the internet is still in a frenzy – with some still trying to find a brighter side to look at – the revelation has yet again raised concerns often hidden under the carpet of ‘compromise to make the marriage work’.

Fatima Sohail who got married to Mohsin in 2015 took to internet on the night of July 20, and penned down her ordeal since November 2018 when she found out her husband cheating on her. Mohsin’s unfaithfulness towards the relationship is an entirely different story but what made many gasp in horror were pictures of Fatima’s bruised face as Mohsin had lost his cool on his wife’s questioning. Fatima, pregnant with her second child at the time, was brutally beaten by her husband and taken to hospital.

Unfortunately, like many women Mohsin’s wife too chose to remain silent and make this marriage work for the sake of her upcoming child. However, things only went downward with every passing month and eventually Fatima was left all alone as she gave birth to Mohsin’s son in May.

On the birth of their son the media rejoiced, interviews published, photographs taken. Fans too adored the new father Mohsin who had lost his daughter earlier in 2017 and ‘had a bright day after dark nights’. Ironic it is, that at that time Fatima continued to remain mum over the continued trauma as Mohsin once again became the media darling.

Media darling… Ah yes that’s what Mohsin has been all along and continues to be. And so have been all others who have been accused in the past for their wrongdoings.

So why was it Mohsin, a celebrity, a renowned face and a public figure with a reputation at stake did not hesitate to raise hand on his wife whether in public or privately? Why Mohsin assumed his anger management issue had found an outlet on his vulnerable, pregnant wife and he could get away with it easily. Does anyone from the fraternity, the media industry that holds Mohsin so dear to its heart, remember Mohsin’s rage coming out on set? Did he ever so much so as lay a finger on a director? A photographer?

Because even all his anger issues, Mohsin knew one thing. He had to maintain his ‘nice guy next door’ image and his wife… Well she would continue to try and save her marriage. Nothing at stake there!

There was another reason of Mohsin’s fearlessness, he had seen celebrities before him being accused of sexual harassment, attempted rapes and unlawful use of power. Ironically, the only celebrities that ever got public backlash were those who were indulged in ‘public display of affection’, the rest were given benefit of doubt or the age old ‘bring the proofs of your claim’. In last one year, Ali Zafar, Junaid Akram, Khalid Bajwa, Ustad Nauman Ali Khan and Ukhaano were all swirled up in a controversy and were accused of grave offences. However, the fans, the fraternity, the media remained numb or in some case blatantly against victims who dared to accuse their harassers.

That is where Mohsin Abbas Haider, a celebrity with an image of heartthrob got the courage to lay his hand on his wife. To act out on his rage without thinking for a split second of the unborn child in the womb of the woman he was married to.

And Mohsin was not wrong after all. Since yesterday, how many people we have seen who were asking for the other side of the story –of course Fatima could bruise herself to this horrible extent just to get some moments of fame on social media – or wanted to know Mohsin’s reasons (because duh! maara hai shohar ne tou koi waja hogi). How many people – regardless of gender – questioned legitimacy of Fatima’s claims and did not shy away to tell her that ‘she could have handled it better’? 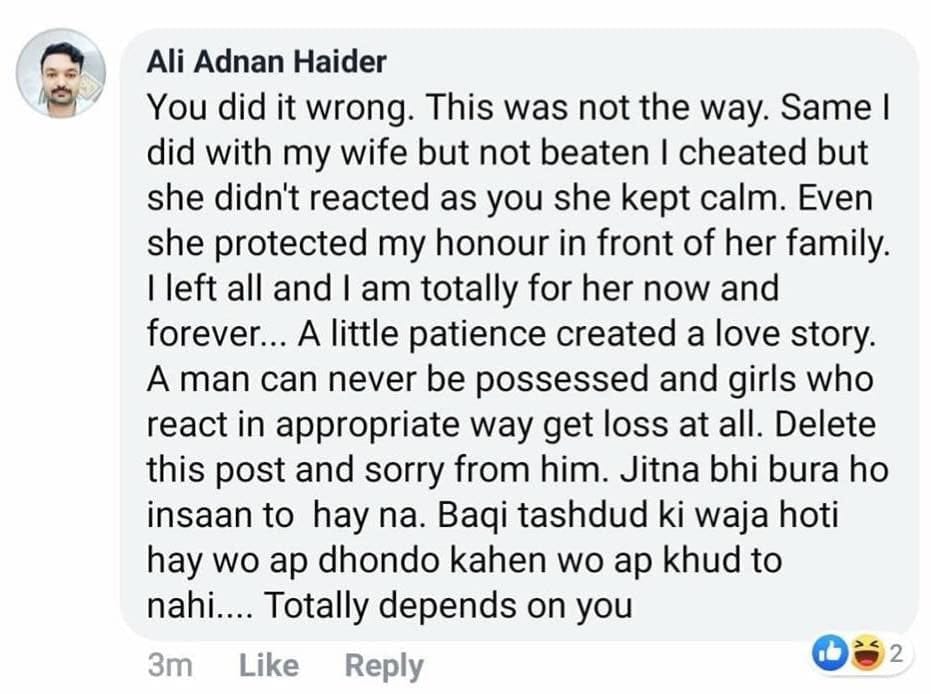 Thank goodness for our fraternity who unanimously came out in support of Fatima, but public the common man and woman continued to subject a victim with more victimization, as has always been the case. Because of course Mohsin is a star, how could he do so wrong? Oh how could he? No, it’s his wife who’s either lying or at fault. Because hey, he’s a star!

Sick to my stomach. What gives anybody the right to raise their hand on anyone? Nothing. No excuse.
For eons now we have normalised abuse (of all kinds) and for the sake of our children this needs to stop.

No, stars are humans, good and bad ones. Mohsin, despite his press conference that did not win us at all, has been exposed. There are many more hidden behind the disguise of stardom and perfect PR, behind the glitz and glamour of showbiz that disables us to see the truth, the true self of our beloved stars. And often, the victims, the accusers continue to suffer in silence as their abusers roam around enjoying the public eye.

Next time if a victim comes to you and claims that have been harassed, physically or sexually assaulted by a celebrity, do not think of the last time you saw them on screen. Instead, think of you in shoes of Fatima, a mother of a two month old baby; and ask yourself what does Fatima gain by accusing her husband and father of her child? None, because her suffering continues…

Disclaimer: This opinion piece is based entirely on the author’s opinion and while many still await the law to prove Mohsin Abbas Haider guilty, we have used our better judgment to pen down this piece.