Mrs Khan isn’t a Person, It’s A Condition that Needs to Be Treated

Albeit that Mrs Khan has apologized for her earlier remarks, there's a lot wrong with her apology too 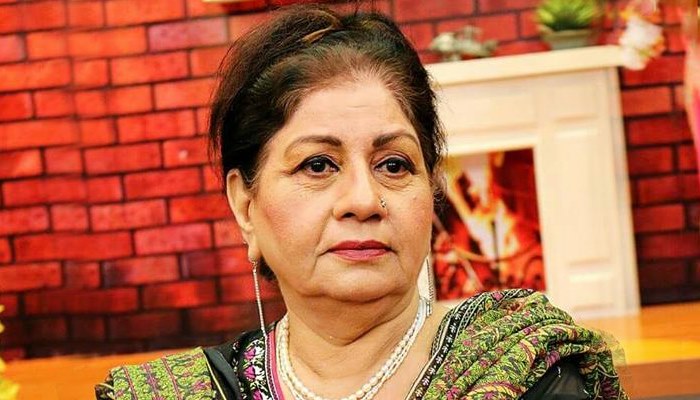 Earlier last week Mrs Khan, a professional matchmaker often seen on morning shows, made some unfathomable comments on a television show as she schooled the girls on how to be the perfect wives.

“In our day and age when husbands came home, we had the stove hot to prepare fresh roti. We would take off his shoes and neatly kept away his clothes,” reminisced Mrs Khan of the apparent good old days.

While the lady went onto to say many indigestible words, the crux of her – screaming at the top of her lungs – speech was that a) divorces have increased because the girls don’t know how to be good wives and b) the good wives are always supposed to stay quiet in front of their husbands.

The video as expected became viral within a few hours and women, men and every sane person on social media called out Mrs Khan for her downright crude remarks promoting patriarchy and gender abuse.

Needless to say, Mrs Khan appeared on another television show and expressed “sort of” regret for her earlier remarks and admitted that what happened was a mistake.

According to Mrs Khan, albeit that what she said was wrong, girls should not have reacted to it because she’s an elder person and elders do tend to scold their younger ones.

While explaining her point of view and badly failing at it, Mrs Khan did not forget to boost of her ‘superwoman’ daughter who is a working woman and can prepare “dawat and deigh” for 40 people instantly. Of course everything Mrs Khan’s daughter does magically good is because she had her mother as an exemplary superwoman.

In continuation of her previous remarks Mrs Khan stated that she only spoke of her times to inspire the young generation and tell them that if they try, they can manage excellent professional life and a sughar personal life.

A few minutes down, Mrs Khan contradicted her own statement and said that working women should be ‘allowed’ by inlaws to keep maids and cannot be expected to cook food after coming home from a tiring day at work.

Additionally, Mrs Khan while trying to include men as a responsible party for increased divorces stated “Men are wrong because they listen to their mothers more, they listen to what their sisters say, they fail to keep their wives happy because of these women.”

Now why does Mrs Khan fail to comprehend that men are not babies who are always doing the wrong because of one or the other woman in their lives. Why the people who blindly applauded Mrs Khan for her pearls of wisdom are unable to accept that men are themselves responsible for their wrongdoings and marriages fail because of bad men and women, both adults who choose to do wrong with their own will.

So what was wrong with Mrs Khan’s apology? (And we are not even commenting on her earlier remarks)

Mrs Khan thinks it’s okay for the older generation to pass uninformed and rude remarks, without having to think of its repercussions because hey they are old. She also represented the sick mindset of our society where one thinks of their own daughter as a human being/princess or superwoman in Mrs Khan’s case, whereas all the other girls that you haven’t raised are doomed for their wrong path.

Of course Mrs Khan tried to manipulate the situations and twisted her words as per her convenience. While taking u-turns and back and forth between one opinion and other, Mrs Khan tried to play all cards under her sleeves to prove herself the right one.

And of course Mrs Khan, the true face of internalized misogyny, failed to blame men for their wrong actions and tried to shift the burden of a boy’s wrong actions on his mother, wife or sisters. Like the majority segment of our society that believes ‘larkey ko behka dia’, Mrs Khan too promoted the idea that a man would only do wrong when a woman will instigate him to.

Now you see, the problem is Mrs Khan might just appear as one person on television but in reality it’s a mental condition that the women of our society have still to fight and curb in 2019.

But if we women can take Mrs Khan to task and make her think before speaking next time, we surely can raise better men (and women) for future too.

Oh and as a vlogger rightly said recently, “women are not here to serve man babies”.