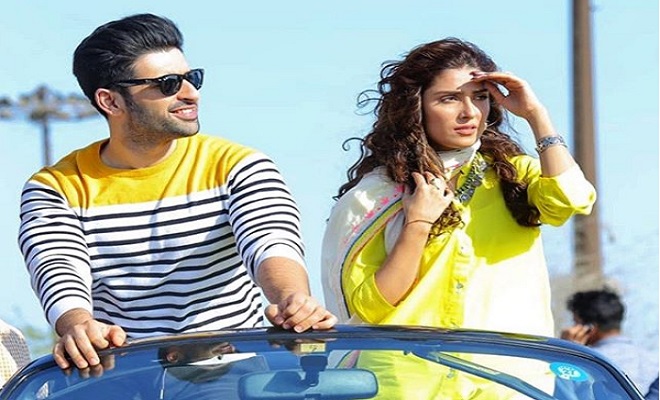 After Koi Chand Rakh ended on ARY Digital, people have been wanting to see Ayeza Khan and Muneeb Butt together. The duo, who came together, at the end of the drama, were appreciated for their chemistry. And now it seems, they’re all set to take the fire further by starring in an out and out romantic drama, titled Hum Ke Thehre Ajnabi.

Alongside Ayeza and Muneeb, the drama will star Momal Sheikh and Junaid Khan in prominent roles. Shagufta Ejaz and Mehmood Aslam will also be seen in pivotal roles in the drama directed by Syed Wajahat Hussain.

As per Images, the story will revolve around two sisters played by Momal and Ayeza. “Junaid is getting married to Momal while I’m in love with Ayeza. There is a misunderstanding that ends the nikkah between Junaid and Momal and my character is being blamed for it. So it’s a love story at the core which will show a lot of different things along the way,” shared Muneeb with Images.

Hum Ke Thehre Ajnabi is being produced for Geo Entertainment.