“I’m appalled that someone I’ve grown up admiring would make such a statement,” Mushk wrote. 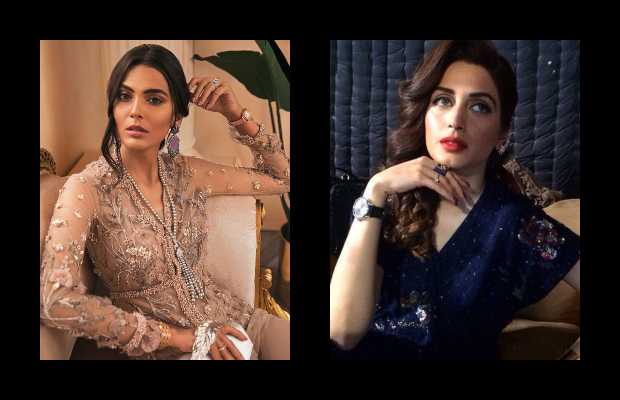 Popular model Mushk Kaleem was offended by Iman Ali’s comments about models who work in the industry now and took to her Instagram story to call out Iman Aly for what she said.

It all started when Iman Aly appeared on web talk show Say It All With Iffat Omar. The model-turned-actor shared her experience of how she became made a name for herself in the showbiz and fashion industry with her hardwork and untiring efforts.

Iffat then weighed in on how important it is for models to be intelligent.

“I think it back in the day being intelligent was a part of being a model,” Iman shared.

“But if you look at the state of it now…” the model went on to chuckle. “It’s not the same,” Iffat completed the supermodel’s sentence. “I’m not being elitist, but come on man,” Iman continued. “But it’s just the way they speak, I mean. Their basic general knowledge is just so…”

While no other model has reacted over Iman’s  offensive comments about them, Mushk Kaleem was extremely disappointed over such words coming from a personality she had admired all the while growing up.

Mushk wrote, “I’m appalled that someone I’ve grown up admiring would make such a statement.”

The model continued, “What does she mean when she says that we can’t speak or that we don’t have general knowledge? As for speaking in English, it’s not our mother tongue, it’s a second language (and) not everyone can speak properly and that’s okay.”

Mushk was extremely furious and made sure she slammed Iman for her words without any fear.

“Even though you say you are not being elitist, the truth is you are,” she concluded.

For the uninitiated, Mushk worked at a corporate firm before she began as a fashion model. Today, she opened and stopped shows for a number of designers at the bridal couture weeks. Last year, she walked the runway at the Milan Fashion Week ‘19 for Italian designer Stella Jean.