As a UN Goodwill Ambassador, I will try and do my best to raise awareness for polio eradication, climate change and peace in our region 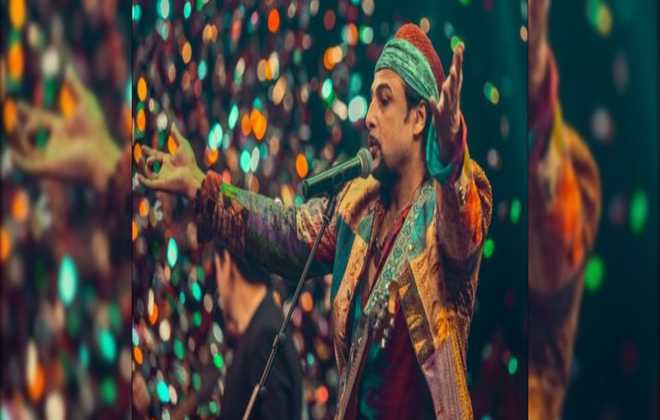 It was earlier when the city of lights witnessed the huge hit Junoon comeback concert which rocked the whole Pakistani music world. As the new year commenced, the singer-musician Salman Ahmed speaks his heart out while talking to OyeYeah. The celebrity star has a passion for music and a reason to be in this field.

Salman Ahmed shares, “When you listen to your inner voice and follow your heart, you will naturally become unique and authentic. The actions you take will seem rebellious to the majority who live their lives following trends & fashion. To that extent, I guess I’ve always seemed like I was unconventional and out of step with the herd mentality”.

“That is why the music and social, spiritual themes I’ve created takes time to digest and absorb by the trend-savvy public”, he adds further.

While talking about his journey towards realization of the purpose of life, Salman Ahmed states, “After a lifetime of following my heart, I’ve realized that there is no other way to find your true self and purpose, other than listening to your Qalb (Heart)”.

Adding further to it he says, “All of life is a struggle to find yourself and your purpose”. The sufi singer quotes the poet, Bulleh Shah, saying that Bulleh Shah said it best: ” Bulleh, ki janan mein kaun”.

When asked what exactly his journey is all about, Salman Ahmed says, “I’m still on that journey & all the struggle, suppression by various regimes and vested interests only made my work stronger & more focused toward freedom, love & peace”.

It’s no hidden fact that singer-musician Salman Ahmed has strong political affiliation with Pakistan’s political party Tehreek-e-Insaaf, PTI. He talks about the head of PTI now the prime minister of Pakistan Imran Khan with great admiration.

Salman Ahmed says, “I’ve known Imran Khan since I used to play cricket with him at Lahore Gymkhana and it was then when he picked me to go to Bangladesh as a young college cricketer. I’ve learned many things from IK & have supported him in his quest to make Pakistan a country in which there is aman-o-Insaf, rozi and taleem. I composed and recorded Naya Pakistan, and asked my late friend Junaid Jamshed to join me in singing a song of hope back in 2013”.

Salman Ahmed thinks that in 2018, the journey to Naya Pakistan has gathered momentum. Sharing his thoughts, he added, “I am very hopeful that the next 5 years will see Pakistan make positive strides toward self-sustainability. I have total trust in the Prime Minister’s vision and intentions”.

The celebrity singer also has a sound understanding of politics. Salman Ahmed sharing his political thoughtfulness says, “If Pakistanis can organize political parties and religious organizations using rules and regulations adopted from Western democracy & our own founder’ s legacy, we can certainly apply unity, faith, and discipline to organize a music industry. Every artist should be a member and have a voice, the more diverse the voices the stronger we will be”.

Sharing his new year resolution Salman Ahmed quotes, “As a UN Goodwill Ambassador, I will try and do my best to raise awareness for polio eradication, climate change and peace in our region”.

tweet
Share on FacebookShare on TwitterShare on PinterestShare on Reddit
Saman SiddiquiJanuary 9, 2019
the authorSaman Siddiqui
Saman Siddiqui, A freelance journalist with a Master’s Degree in Mass Communication and MS in Peace and Conflict Studies. Associated with the media industry since 2006. Experience in various capacities including Program Host, Researcher, News Producer, Documentary Making, Voice Over, Content Writing Copy Editing, and Blogging, and currently associated with OyeYeah since 2018, working as an Editor.
All posts bySaman Siddiqui