Mustansar Hussain Tarar is considered to be the greatest living novelist in the Urdu language. 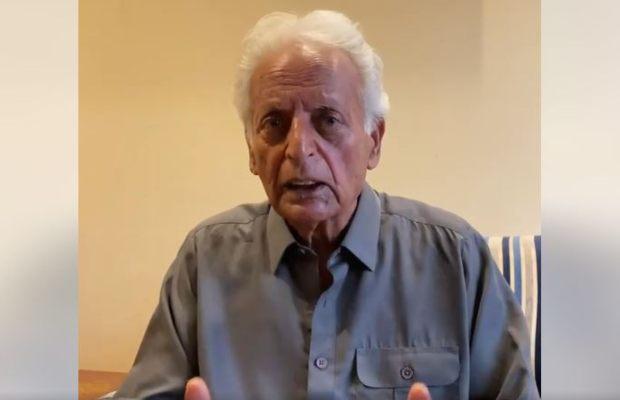 He refused the honour, which comes with a cash prize of Rs1m,  on the basis that this year’s award was divided between two individuals.

He shared in the video message posted to social media, “Ladies and gentlemen, you must be aware that a few days ago, the country’s highest so-called literary award, Kamal-i-Fun was announced. In the 20/21-year history of this award, this is the first time that the award has been divided. Otherwise, according to the rules and regulations, it has always been presented to one writer belonging to any language.”

Tarar added  “Why was this tradition violated? Why were the rules set for this award ignored? This is akin to taking the Sitara-e-Imtiaz and giving half of it to you and the other half to some other writer. What is this ridiculousness?”

Pakistan’s one of the most celebrated writers continued, “I was made aware some time ago that the other half of the award has been presented to Dr. Ashu Lal and he has, in keeping with his views and ideology, rejected to accept this award. I believe that he has done the right thing, because, not just with me, but it was unfair to him as well to be presented with only half of the award.”

“Because of this, it is difficult for me to accept an award as controversial and tainted as this. This is against my creative integrity. At the age of 83 years and after a creative process of 60 years, no, it is not acceptable to me,” he added.

After thanking the committee members who voted for him, Tarar concluded, “I am indebted to them and I believe they will understand my point of view. Lastly, I would like to thank my readers, because they are the reason I am where I am today. In fact, you can say that I have been presented with a Kamal-i-Fun award by my readers on every book. They don’t consider me half a writer, but a whole one.”

On the other hand, Seraiki poet Dr. Ashu Lal was also presented with the literary award rejected it on the basis of his ideological views.

Thank you my friends, I refuse to accept the award. I have not sent any book to the Academy of Letters. My personal opinion is that my refusal is more valueable. Since last 40 years , My literary activism is my award and honour ……Do not want to live in brackets