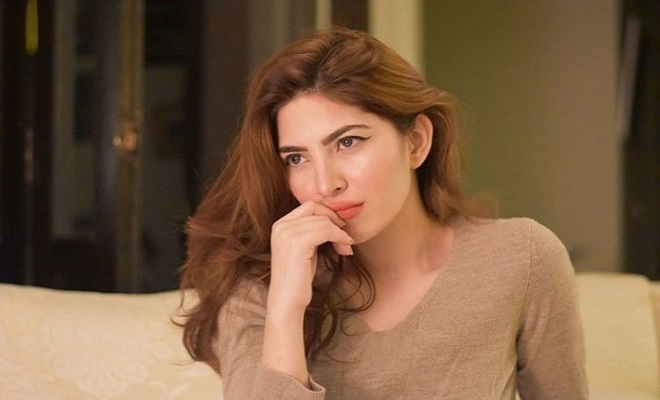 Naimal Khawar and Hamza Ali Abbasi tied the knot last week and ever since then, the duo has been under scrutiny. Whether it is being appreciated for their simplistic approach to a wedding or the two holding hands, the public has been commenting on everything.

Recently, another thing to go viral has been Naimal Khawar’s post about quitting acting. As she recently married Hamza Ali Abbasi, people have been quick to blame Abbasi, for Naimal’s sudden decision, which in fact came around December last year.

“I’m wrapping up shooting for my first and last drama serial, where I worked with some incredible people and had a great learning experience. However, I would now like to bid farewell to acting. I will not be pursuing it as a career because I feel that I cannot balance it with my art, which will always remain my first priority and passion,” wrote Naimal when announcing about her decision back on the last day of 2018.

“You will not be seeing me on the screen anymore but you will be seeing a lot more of my paintings and hopefully, exhibitions. I would like to thank all the wonderful people I met on this short endeavour. It’s been lovely,” she added further.

After Naimal received a lot of criticism for her decision and people hinted that it had something to do with Hamza Ali Abbasi’s influence on her life, Naimal lashed out on Twitter.

“First, I am a consenting adult woman capable of making my own decisions and this narrative of ‘saving me’ is nothing short of demeaning my right to choose for myself,” she wrote, addressing the public in a series of tweets.

“Second, while I understand that public figures are always subject to criticism even when it’s their personal life choices, please dont distort facts. I left acting 9 months ago and the decision was entirely mine. Dont spread false news to sensationalize someone’s special day,”  Naimal added asking public to not spread false news and destroy what was special to her.

Consequently Anaa will be Naimal’s last television appearance. Now happily married to Hamza Ali Abbasi, Naimal Khawar, as she stated in her post, will devote all her time and passion to her art and her paintings.