The televangelist died in a plane crash two years ago 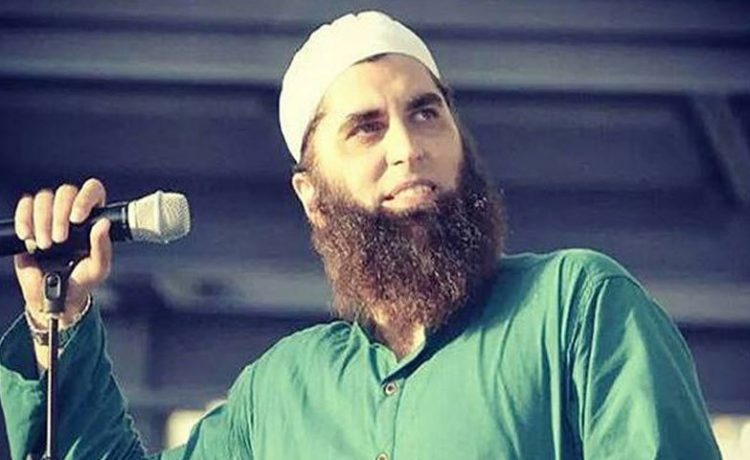 7th December marks the unfortunate day, flight PK 661 from Chitral crashed and killed all 147 people on board. Amongst all dear souls, was Junaid Jamshed, who also died as a result of the crash. The beloved singer turned televangelist was not only an inspiration for all but a human being with the kindest heart.

Today, 7th December 2018 marks two years to the day, we lost Junaid Jamshed, but his eternal memories continue to be with us in essence.

Celebrities and fans alike are sharing messages for JJ on his 2nd death anniversary and praying for the lost soul.

Faysal Qureshi really shared what was in our heart!

Those we love don't go away, they walk beside us every day. #missedyou @JunaidJamshedPK do remember him in your prayers @WaseemBadami #jj #brother pic.twitter.com/mTQsQiHpJc

Govt of Pakistan shared an honorary for Junaid Jamshed on his 2nd death anniversary.

Iconic #Pakistani singer turned religious scholar #JunaidJamshed is being remembered on his death anniversary. His song "Dil Dil Pakistan" was ranked third among top 10 songs according to #BBC World Service in 2003 and was awarded Tamgha-e-Imtiaz in 2007. pic.twitter.com/tBdQtKYYF6

Singer Shehzad Roy, reshared a beautiful song he paid Junaid Jamshed and all people on board flight 661. “I don’t know how i did it, would be difficult to do it again,”  wrote the singer on his Twitter.

I don’t know how i did it, would be difficult to do it again https://t.co/awuucscTLx we will miss you #JunaidJamshed

Hundreds and thousands of JJ fans are resharing his images and missing the icon today. Two years have passed since JJ’s death but he continues to live in all our hearts, as strong as ever!

FROM. Dil Dil Pakistan To Mera Dil badal dye ❤️ what a beautiful life this man had. We all miss u 💔 #JunaidJamshed pic.twitter.com/q4OHmvPj3c

You will always live in our heart Our nation will always miss you, Junaid Jamshed.#Junaidjamshed pic.twitter.com/rWpdFvfwf6

Two years have been completed and still the pain of losing Shaheed Junaid Jamshed is in the heart. 😢
This is the reality that we have lost him but his life is an inspiration for all of us…