The TV host said his act was ‘in the wrong’ 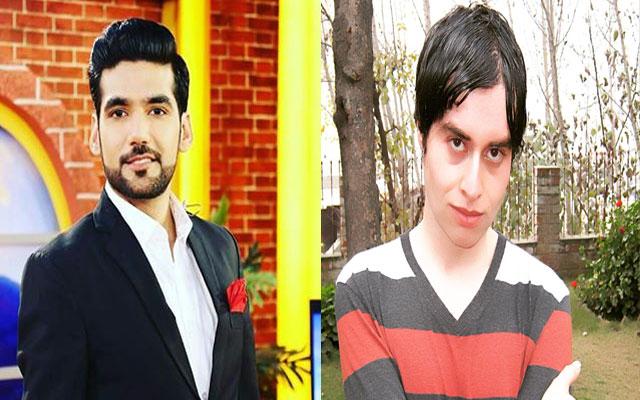 The internet sensation guy Nasir Khan Jan has been making headlines since he appeared in Samaa TV morning show Naya Din where he was insulted and bullied by the show host. Khan Jan received huge support from social media users over the harsh behaviour of host Muhammad Shueb.

In a latest turn of events, Samaa TV host Muhammad Shueb apologised to the social media star Khan Jan stating what he said in his act was ‘in the wrong’ on the May 6th episode of the show.

The host in a recorded segment on Wednesday, apologised over his aggressive behaviour towards Nasir Khan Jan and said he had learnt a valuable lesson on respecting guests and treating them in the best possible ways.

“We had a guest on the show and I did not show him respect, I asked him some questions. The questions were wrong, the manner in which I asked them was wrong, and my style of asking them was wrong,” he said.

The anchor went on to say, “It hurt the sentiments of Nasir Khan Jan, his fans, and our viewers. And I am deeply apologetic to all of you because what I did was extremely wrong.”

Earlier, Nasir Khan Jan via his YouTube channel broke silence about the fiasco and released a video to thank his fans and followers for the immense support on his side with a piece of advice for the TV show anchor to treat guests with respect and represent their positive image.

“I am so thankful to you all for the comments and posts that supported me and my right to speak.”

Signifying the humiliation he faced in the show, Khan Jan said, “When you invite a guest on your show, please respect them. If you treat them with respect, more will happily come on your show.”