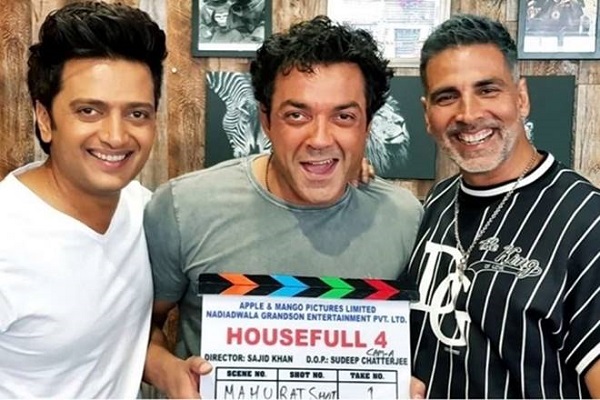 The news came in after Sajid Khan, stepped down as the director of Housefull until further investigations.

“In the wake of the allegations against me and the pressure being put on my family, my producer and the stars of my film ‘Housefull 4’, I must take the moral responsibility of stepping down from my directorial post, till the time I can allay the allegations and prove the truth… Request my friends in the media to kindly not pass judgments till the truth is out,” wrote actor/director Sajid Khan on his social media.

Actor Akshay Kumar too urged producers to halt production and look gravely into the matter as they did not want to associate with harassers and urged for justice for those who had been offended.

In another round of news, Sajid Khan has been replaced by Farhad Samji, as the director of Housefull 4. In a statement, a spokesperson of the production house, Nadiadwala Grandson Entertainment said, “Director of ‘Housefull 3’, Farhad Samji, will now direct Housefull 4.”

Farhad Samji has previously co-directed “Housefull 3” along with his brother Sajid Samji.