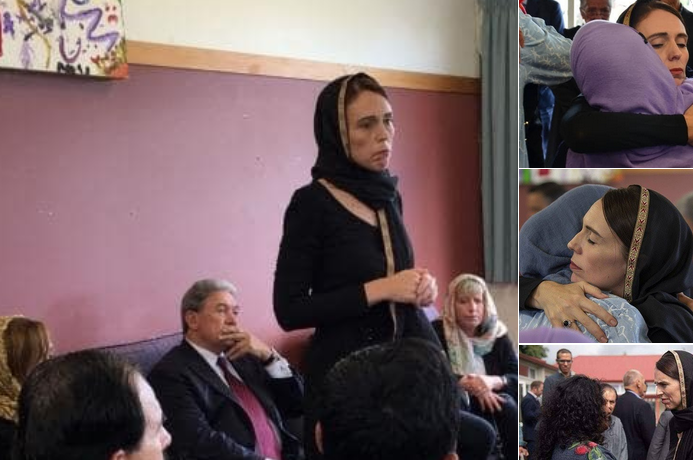 The moments of crisis prove to be a real test for true leadership. New Zealand has seen one of the worst crisis of its history, in the form of Christchurch Mosque terror attacks. In this time of crisis, Jacinda Ardern PM of New Zealand presented her composure and has set an example for other leaders across the globe.

Immediately after the Christchurch terror attack, she addressed the nation in a press conference shared her grief without any blame game consent. Shared her sensitive and empathetic towards the Muslim community of New Zealand.

The fatal shooting of 49 people at two mosques on Friday will be a sad and tragic part of history but it is not who New Zealanders are, PM stated. 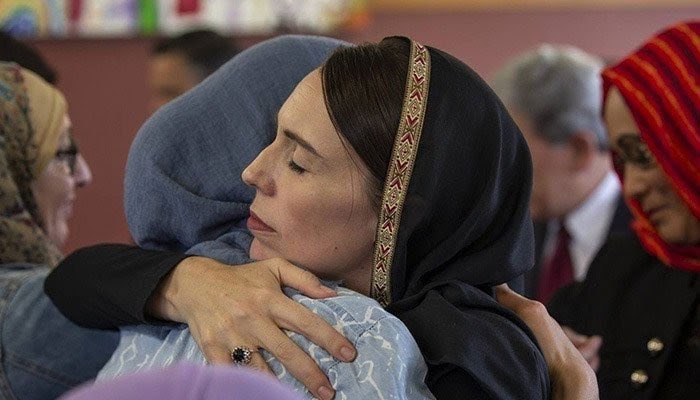 She went to Refugee and Migrant Centre, where met with Muslim community leaders and relatives of the deceased and injured in Christchurch on Saturday. And said that her visit was an important opportunity to share the grief of the country directly with those who have experienced so much loss.

After the tragic incident, when POTUS Donald Trump called her and asked what he could do in the aftermath of the Christchurch mosque attacks, according to the news source, New Zealand Prime Minister Jacinda Ardern told US President Donald Trump to show all Muslim communities “sympathy and love”.

Ardern told she made the comments when Trump had said that he had spoken to Ardern in a phone call on Friday and said that the United States is prepared to give any assistance following the killing of 49 people at two mosques in New Zealand.

Later in remarks to reporters at the White House, President Donald Trump added: “Earlier today I spoke with Prime Minister Ardern of New Zealand to express the sorrow of our entire nation following the terrorist attacks at two mosques. These sacred places of worship were turned into scenes of evil killing”.

New Zealand PM is being hailed as a true leader all across the globe, Jacinda Ardern not just visits the friends and families of the Christ Church terrorist attack the day after. She demonstrated the true spirit of humility and concern. As she quoted, “Immigrants who chose NZ as their home are us. the perpetrator who has committed this violence against us is not”.