Nikki Bella has still not forgotten her ex-John Cena

“As far as how you get over a breakup, you really have to do the work on yourself,” says Bella. 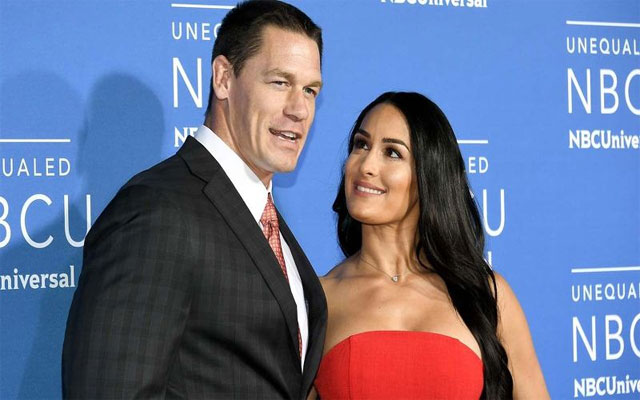 Nikki Bella, the former WWE wrestler and reality star, has still not completely gotten over her split with her ex John Cena. She still mourns the loss of her relationship.

The 35-year-old star opened about her breakup with Cena while she was asked about the split by a fan on The Bella Podcast. The professional wrestler admitted that she’s still in the process of healing, a year later.

“As far as how you get over a breakup, you really have to do the work on yourself,” she said while answering a fan’s question about how to handle a split. “You really, truly, have to love yourself and every day dedicate something to you that makes you better.”

Bella admitted that she sometimes feels herself failing to get over from her past relationship’s memories.

“You also have to let yourself cry. That’s one thing my life coach helped me a lot with, because I still, you guys, get days when I cry about my breakup. But we were together a long time, we had an amazing relationship and an amazing bond and a lot of love for each other,” adding that, “but every day when I need to cry, I let myself cry, because crying is healing”.

The reality star said she never stops herself from crying because she doesn’t try to hold her tears inside.

It is pertinent to mention here that Bella’s relationship with Cena ended last year when they officially called off their engagement after a period of breakups and make-ups. Much of their romance played out on television series “Total Bellas”.