“No woman should ever be subjected to any kind of misbehavior, or disorderly conduct, especially at her workplace”, Amitabh Bachchan 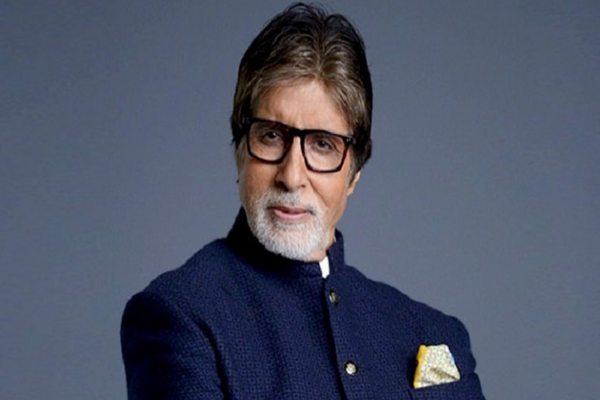 Bollywood’s mega star Amitabh Bachchan, who turned 76 on 11th of October, has finally opened up about the ongoing #MeToo movement in India.

He shared his views shared in an interview, in a lengthy social media post. In which he stated that, “No woman should ever be subjected to any kind of misbehavior, or disorderly conduct, especially at her workplace”.

It was earlier when being asked upon a question related to Tanushree Dutta’s allegations of sexual misconduct by Nana Patekar, Amitabh Bachchan had refrained from making any comments. And finally the Bollywood mega star has broken his silence on the growing media uproar.

These views were shared by him during an interview. He was asked about tackling sexual harassment at the workplace, especially in the entertainment business.

Amitabh Bachchan shared, “Such acts should immediately be brought to the notice of concerned authorities, and corrective measures be taken, either through filing complaints or a recourse to law.”

Without mentioning anyone particularly or hinting at any #MeToo case that has come to light in the recent weeks with several known names being pulled up for sexual misconduct, Bachchan spoke about teaching people about respecting women at an early age.

“Discipline and civic, social and moral curriculum should be adopted at a very early educational level. Women, children and the weaker sections of our society are the most vulnerable. They need to be under special protective care. It has been most heartening to see women representations in most work vocations, on the increase in our country. It would be an irreparable blemish if we are not able to provide them the welcome they deserve and the dignity of the security of their presence”, he further added.

The famous celebrity hairstylist Sapna Bhavnani took to Twitter to attack Big B over his remarks for the ongoing MeToo movement in India.

This has to be the biggest lie ever. Sir the film Pink has released and gone and your image of being an activist will soon too. Your truth will come out very soon. Hope you are biting your hands cuz nails will not be enough. @SrBachchan #Metoo #MeTooIndia #comeoutwomen https://t.co/gMQXoRtPW3

Have personally heard so many stories of Bachchan’s sexual misconduct and I I hope those women come out. His hypocrisy is sooooo tired. #Metoo #MeTooIndia https://t.co/2BpumLoYlF