No, Zayn Malik and Gigi Hadid are not married yet!

'ZAYN IS MARRIED' trends on Twitter after Ingrid Michaelson said on her livestream that Gigi Hadid and Zayn Malik are married. 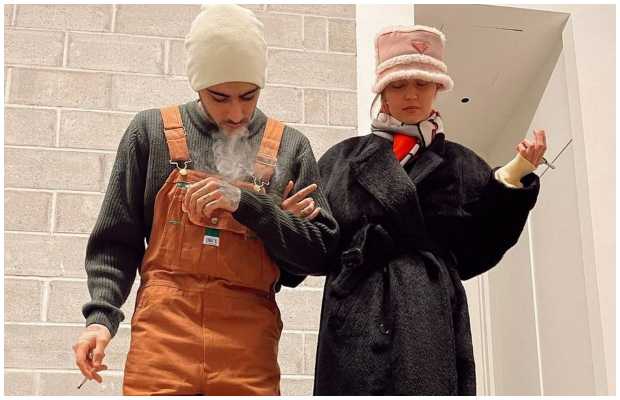 No, Zayn Malik and Gigi Hadid are not married yet! Twitter has been buzzing with the news lately that the celebrity couple who welcomed their first child together last year might have tied the knot. However, that’s not the case.

Gigi and Zayn’s marriage speculations started after the former One Direction member’s To Begin Again collaborator Ingrid Michaelson conducted a live session on her Instagram.

In the live feed, she referred to Zayn as a “married” man. Which left several fans seemingly confused as neither Zayn nor Gigi have opened up about being married.

Ingrid Michaelson claimed the singer was married to the supermodel.

However, the social media fiasco that was related to her statement, left Ingrid Michaelson to issue a clarification, apologizing for the accidental gaffe.

Turning to her Instagram Stories, the 41-year-old Girls Chase Boys performer said: “So, I should be asleep, but it’s been a crazy hour, hour and a half.”

“On my Patreon live stream, I said that I’m working with Zayn. I mentioned that he was married, and he’s not married. As far as I know, he’s not married. It was a mistake. I’m so sorry, I said I was sorry,” she continued.

“I don’t live in this world. So the level of fame, it makes me really, truly admire Zayn and anybody with that level of fame. Every little thing you say is just, wow! I’m not built for it,” she continued.

“Just everybody has said really sweet things to me, and I have taken it very much to heart. And thank you. You have helped me to be able to, probably, fall asleep tonight. So that’s all.”

“My apologies to Zayn and Gigi, if any of this trickles to you and is annoying. I’m sorry—that’s not my intention. And to his fans, I’m sorry for getting you all riled up, and much love to you all. And I’m gonna go to sleep now,” she added.

‘ZAYN IS MARRIED’ has been trending on Twitter after Ingrid Michaelson said on her live stream that Gigi Hadid and Zayn Malik are married.

i know we never stood a chance, but zayn is married now, so um our dreams have just been crushed 😭 anyways happy for zayn and gigi 🤍🖤 pic.twitter.com/RbeoXBB328

the way zayn and gigi look at each other omg zayn is married <3 ps I need a selena gomez and zayn collab now 😼 pic.twitter.com/tzDKbgZIwG

tweet
Share on FacebookShare on TwitterShare on PinterestShare on Reddit
Saman SiddiquiMarch 30, 2021
the authorSaman Siddiqui
Saman Siddiqui, A freelance journalist with a Master’s Degree in Mass Communication and MS in Peace and Conflict Studies. Associated with the media industry since 2006. Experience in various capacities including Program Host, Researcher, News Producer, Documentary Making, Voice Over, Content Writing Copy Editing, and Blogging, and currently associated with OyeYeah since 2018, working as an Editor.
All posts bySaman Siddiqui