In the clip, Noman Ijaz can be seen saying, “I fall in love with those girls who are beautiful from inside and outside". 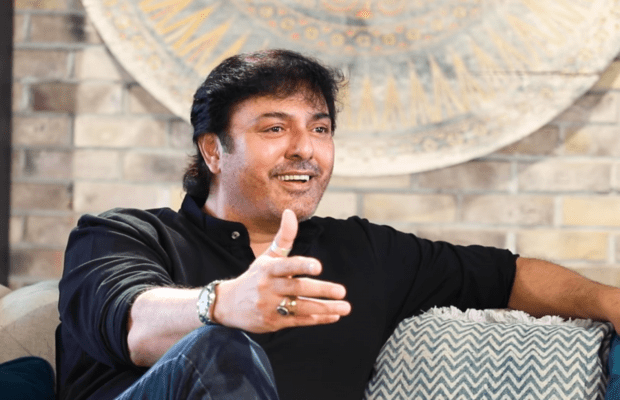 I fall in love with those girls who are beautiful from inside and outside, Noman Ijaz - OyeYeah News
0Share
182Views

While making an appearance at the web talk show Say it All with Iffat Omar, Pakistan’s popular actor made a jaw-dropping revelation. Though it is an old show and all of a sudden a clip of the interview is doing rounds on social media.

In the clip, Noman Ijaz can be seen saying, “I fall in love with those girls who are beautiful from inside and outside”.

“Toh phir aap karletay hain ishq,” questioned Iffat. “Main karleta hoon ishq,” said Noman, adding that, “I am such an intelligent man and actor that my wife never finds out about these things. Husbands of the women I date don’t find out either and the feelings between the women and I are mostly reciprocated,” he said.

When Iffat further asked about the reaction of those he gets involved with, he said that they know and reciprocate but their husbands don’t find out.

“I need to learn a few things from you,” Iffat in response.

And as soon as this interview clip went viral, netizens were left fuming on social media:

This man in one interview says he often cheats on his wife & he’s such a great actor that she never finds out. When iffat asks him about #MeToo he dismisses the movement and says “yeh sab deen say dori hai”
Pakistani men are just work of art! pic.twitter.com/9knbMAne4Y

Also, Nauman Ejaz, how are you great actor when even your face tells youre a tharki and have all the boxes ticked for being a cheat which you already are. https://t.co/hk5ZvuwQTh

Ok honestly no words- this man who openly cheats and probably harasses young women is saying women calling out predators like him goes against religion. But you cheating is ok. This is disgusting and so sad that these ppl are given a platform.

This show is pathetic, the host has no skills to conduct an interview…
Moreover about what he is saying; tou, beta beta aur meri jaan, kah ker tou bohat se log boundaries cross ker jaatay hein!! How come Iffat Raheem didnt catch him on what he said!!