If rumors are to be believed, Nora will be performing a dance number in Superstar 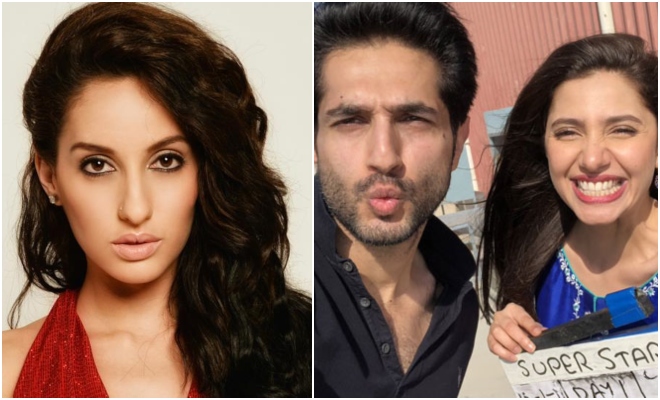 It seems Bilal Ashraf and Mahira Khan starrer Superstar has started off on a high note. The film, which has been in the news ever since it was announced, recently started shooting. And now if the rumor mills are to be believed, the Canadian-Moroccan dancer Nora Fatehi of Dilbar Dilbar fame has been roped in for a dance number in Superstar.

Nora Fatehi shot to fame after she did a revamped dance number on Sushmita Sen’s 1999 hit song, Dilbar Dilbar from Sirf Tum. Up next, Fatehi will be seen in the Salman Khan, Katrina Kaif starrer Bharat.

Being produced under the banner of Momina Duraid productions, Superstar is being directed by Mohammad Ehteshamuddin and will see Mahira Khan and Bilal Ashraf in the lead. The release date of the film has not yet been announced. Superstar is currently being shot in Peshawar.