She was considered the last surviving actress of the Golden Age of Hollywood. 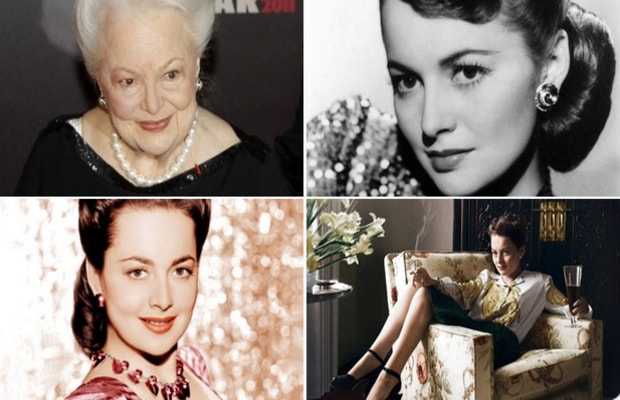 Olivia de Havilland, actress of the iconic Hollywood film Gone With The Wind has passed away aged 104 of natural causes at her home in Paris, on July 25th.

Olivia de Haviland was considered the last surviving actress of the Golden Age of Hollywood.

She was the last surviving star from Gone with the Wind  (1939) that earned her one of her five Oscar nominations.

De Havilland continued to act until the late 1980s, accomplishing a Golden Globe in 1986 for Anastasia: The Mystery of Anna.

“At the time of her death, De Havilland was the oldest living performer to have won an Oscar. She died of natural causes at her home in the French capital on Saturday”, her publicist said.

On her death news, tributes continue to pour in for the legendary actress.

Olivia de Haviland worked closely with costume designer Walter Plunkett during the filming of GWTW. She wanted her costumes and hairstyles to be authentic to the 1860s & insisted that Melanie, her character, should have handmade and knitted all her clothing during the Civil War pic.twitter.com/D4HDV2MwpM

Who can ever forget the role of Melanie in Gone with the Wind.? So kind and angelic she had such a beautiful soul-Olivia de Haviland(104). When you live a good genuine life & take care of yourself……good things happen-missed! pic.twitter.com/SGXF3W4nhX

I just heard about Olivia De Haviland. I'm really heartbroken. She's always been one of my favorite stars. May she rest in peace. 😰😭😰 1916-2020 pic.twitter.com/uMLheKOzyY

OK, would not have expected, when I was a kid, to be writing this in 2020, but the last of the main stars of “Gone With The Wind,” Olivia de Haviland, has died. Personally, I always preferred “The Adventures of Robin Hood,” where she played Maid Marian, but to each their own pic.twitter.com/cK9bGq5nlS

7 Feb 72 By the time we got to NY Cukor had either been fired or had withdrawn and my leading lady was Olivia de Haviland who had just won two Oscars in three years and was in the language of Hollywood 'hot, hot, hot.' (My Cousin Rachel) pic.twitter.com/euZuL48JzX

I am gutted, acting legend and Hollywood starlet, Olivia de Haviland has died today. She outlived everyone on the cast and crew of Gone With the Wind at 104 years old! We shall miss you, RIP! pic.twitter.com/YKrfFLNGR0

‘Olivia de Haviland’ died today aged 104. Nominated 4 times for Academy Awards winking twice, for her leading roles in ‘To each is own’1947 & then ‘The Heiress’1950. Also acted alongside Vivien Leigh in ‘Gone with the Wind,’ I have her signed photograph on the wall in my Snug ❤️ pic.twitter.com/TZ4Ywja5HC