Oprah Winfrey was one of the limited guests invited to Meghan and Prince Harry's wedding at Windsor Castle in May 2018. 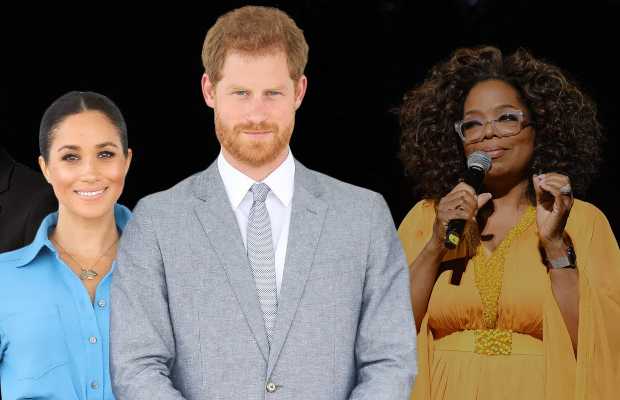 Just a day after the announcement of Harry and Meghan expecting their second child, we came to know about their exclusive interview.

CBS on Monday revealed that Oprah Winfrey is going to have an “intimate conversation” with the Duke and Duchess of Sussex for a 90-minute primetime special that will air on Sunday, March 7.

“Winfrey will speak with Meghan, The Duchess of Sussex, in a wide-ranging interview, covering everything from stepping into life as a Royal, marriage, motherhood, philanthropic work to how she is handling life under intense public pressure,” CBS said in a statement.

“Later, the two are joined by Prince Harry as they speak about their move to the United States and their future hopes and dreams for their expanding family,” the statement added.

Oprah Winfrey was one of the limited guests invited to Meghan and Prince Harry’s wedding at Windsor Castle in May 2018.

She is also one of the couple’s neighbors in their Montecito, California neighborhood, where the Sussexes moved last summer.

Furthermore, Oprah has also teamed up with Prince Harry for a mental health docuseries for Apple TV+.

tweet
Share on FacebookShare on TwitterShare on PinterestShare on Reddit
Saman SiddiquiFebruary 16, 2021
the authorSaman Siddiqui
Saman Siddiqui, A freelance journalist with a Master’s Degree in Mass Communication and MS in Peace and Conflict Studies. Associated with the media industry since 2006. Experience in various capacities including Program Host, Researcher, News Producer, Documentary Making, Voice Over, Content Writing Copy Editing, and Blogging, and currently associated with OyeYeah since 2018, working as an Editor.
All posts bySaman Siddiqui