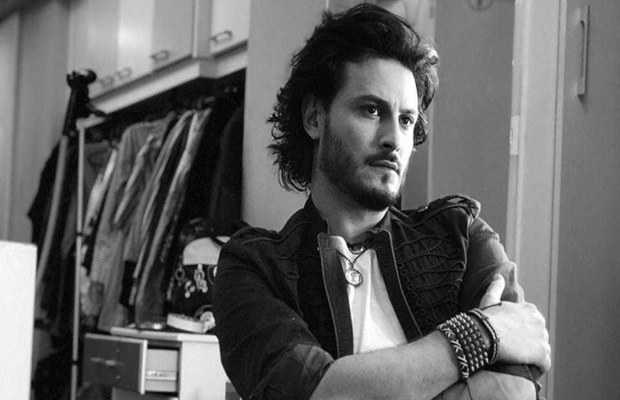 Osman Khalid Butt is among the few actors who have openly supported victims of the #MeToo movement, and when Jami recently came out OKB’s reaction was no different.

Taking it to social media, Osman landed support to Jami and all other men who have faced sexual abuse and remained quiet due to society’s pressure.

“In a conversation over dinner three days ago, the subject of Jami and his recent, horrific rape allegations came up. What was astonishing to me was that every man on that table freely admitted to having been sexually harassed in one way or the other,” wrote Ehd-e-Wafa actor on his Instagram.

“We do not speak openly about the trauma inflicted upon us. We try suppressing the stigma even though it remains etched in our DNA,” he continued to pen down.

OKB added that “in a society like ours, admitting that something like this happened to you makes you a lesser man” because of the notion that men are not vulnerable or endangered due to their masculinity.

The actor further stated that due to these societal pressures and the whole prerogative of men being aggressive and dominant beings when a man tries to open up regarding experience of such nature, he faces mockery and questions on his manliness. 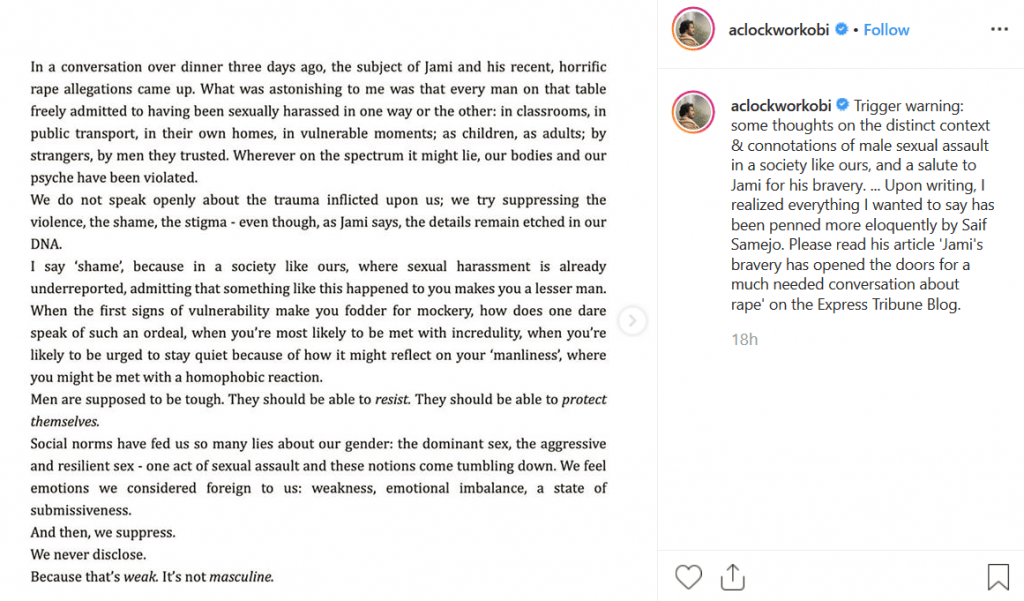 “And then we suppress. And we never disclose. Because that’s weak. It’s not masculine,” penned Osman.

Lending his support to Jami, who recently revealed of being raped by a media mogul, Osman commended his bravery and choice to come out.

“What Jami has done is immensely brave, especially knowing how the #MeToo movement in Pakistan has been met with such a ferocious backlash,” wrote the Aun Zara actor. 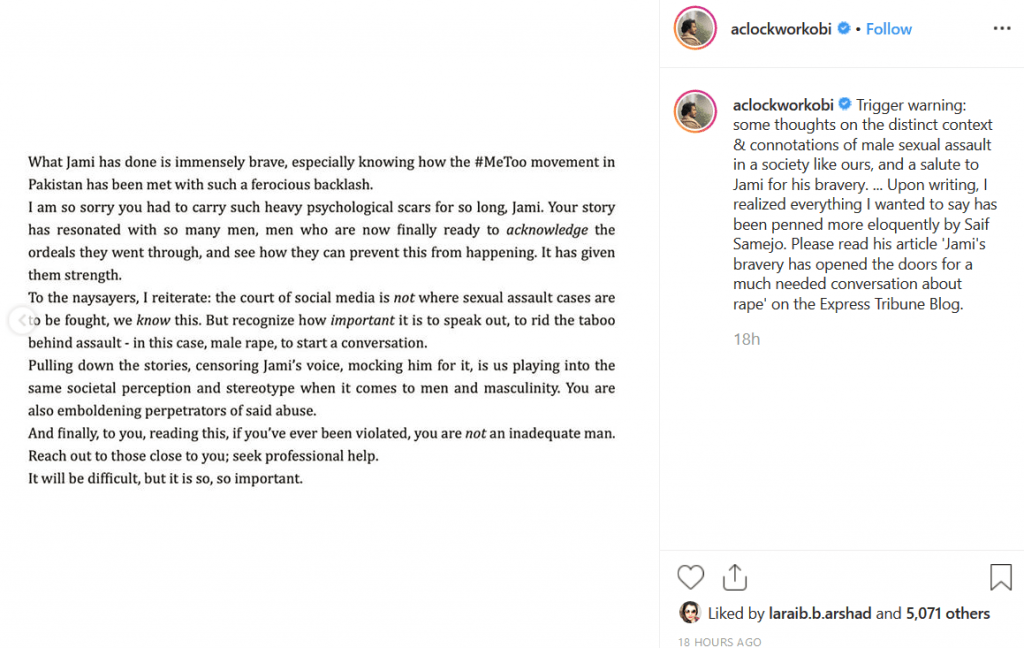 “I am sorry you had to carry such heavy psychological scars for so long, Jami. Your story has resonated with so many men, men who are now finally ready to acknowledge the ordeals they went through, and see how they can prevent this from happening. It has given them strength,” he added.

OKB also addressed all those who are still suffering in silence and continue to stay quiet due to the reasons he highlighted. He asked them to open up and seek help without fearing for consequences because this issue needs to be addressed, and the taboo has to be shattered.