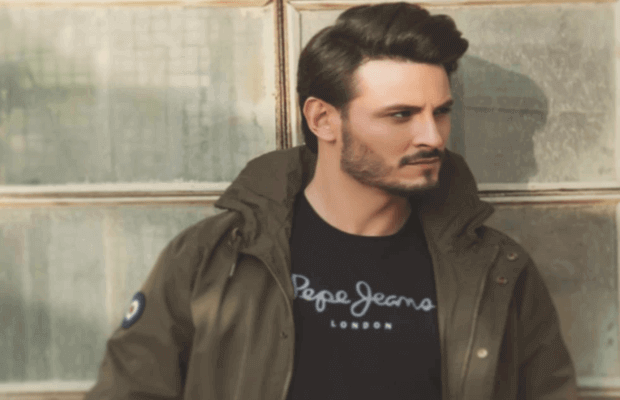 Khalilur Rehman Qamar very precisely knows how to stay in the news (for all wrong reasons it may be) and this time again he has successfully done it. While the masses seem to be divided over the latest controversy Qamar has cooked up, celebrities (well most of them) have openly condemned his crass behavior.

Osman Khalid Butt is however not surprised at Qamar’s misogyny neither he resorted to bashing the writer for his display of utterly disgusting language on national TV. In fact, reflecting back on the past incidents, OKB has posed some serious questions on the morality of the entertainment fraternity that will continue to bestow attention and projects to Qamar once this drama is over.

“The problem with outrage culture when it comes to matters of the entertainment industry is aside from checking boxes (being on the ‘right’ side of a debate) and preaching to the converted. What good has it done us?” tweeted the Ehd-e-Wafa actor as he penned down a thought-provoking note.

“We’ve already moved on from PISA, from Zindagi Tamasha. No one has truly been held accountable in both cases. In fact, next year we’ll probably see 90 percent of the industry at that award show,” he referred to the latest controversies in the industry.

We've already moved on from PISA, from Zindagi Tamasha. No one has truly been held accountable in both cases. In fact, next year we'll probably see 90 percent of the industry at that award 'show.'
I find it odd that we seem to be just waking up to Khalil-ur-Rehman's vitriol. /2

“I find it odd that we seem to be just waking up to Khalilur-Rehman’s vitriol. Why, was him equating women demanding equality to women gang-raping men in an interview last year not enough insight to his mindset?” he posed an important question.

“We were quiet then, weren’t we. Where is the accountability, and why is it easier to bash, ban, boycott ‘peripheral’ members of the fraternity than those ruling the mainstream?” continued OKB.

Osman went on to add that despite many now coming out to boycott Qamar after the latest controversy, there will still be many who’s who of the industry dying to work with him once the fiasco is over. Given that Qamar is capable of pulling off box office hits or high rating dramas, he’ll be handed over shows left and right once again as this fiasco dies down.

“Pledging not to work with a writer holds no value (save for moral righteousness) when there are many who’d be dying to work with him because he delivers bank at the Box Office/television and outrage fades,” he wrote.

“We see him being given a platform again and again to spew his venom (this is perhaps the most press Neo TV has gotten), his latest project is one of the biggest hits in the history of television, this, to him, is all free publicity for his upcoming film,” OKB penned down valid points.

“Where do we truly stand on the ‘separate the art from the artist’ debate?,” asked Osman as he called out the industry and its regulatory bodies for turning blind eye to controversies in the past and continuing to do so in this scenario as well.

“I think the biggest ‘non’-surprise to come out of this all is how divided, or apathetic, or self-serving (pick your poison) we are as an industry. Which… isn’t really news. So where do we go from here?” concluded the actor.